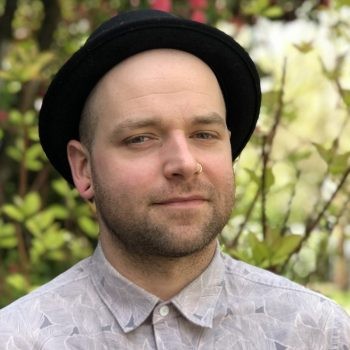 Conrad Kaczor, aka Icon in the street dance world, is known as one of the most innovative poppers that specializes in the geometric shape-shifting styles called Tutting. He seamlessly fuses together the styles of waving, animation, and robotics into his own charismatic tutting.

Icon started dancing in Seattle, Washington in 2004. At that time he was dancing and learning from the local street dancers; his first focus of dance was Popping and Tutting. Icon was eager to learn more so he began travelling the world learning from the masters and innovators of those dances. After traveling In and out of Seattle in 2010, Icon relocated to Portland, Oregon to pursue dance and film.

Icon has always been into geometry and shapes. Icon credits modern art as an influence to his own craft and uniqueness having grown up around the works of Dali and Picasso. He was also inspired by positives and negatives of everyday life. When he’s happy he wants to dance and when he’s sad he uses dance to heal himself.

In the words of Icon- “Working with Heidi Duckler and rest of the Heidi Duckler Dance Theatre/Northwest/Northwest team has been life changing. It has changed how I look at the world such as buildings, lumber mills, office buildings, etc. I just want to dance all over them.  And it has changed my dance style to whole another level.”