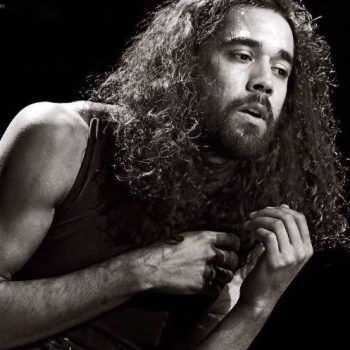 A California native, Lenin Fernandez, began dancing at age 18 at Mt. San Antonio College and with Francisco Gella at Nuevo School of Contemporary Dance. In 2013, he trained at the American Dance Festival and performed in the closing concert with 15 dancers in Twyla Tharp’s world premiere “Treefrog in Stonehenge.” He also trains with the The Gypsy Project: LA under the direction of Erica Sobol for the past three years. In 2015, he was a guest artist with Esklan Arts Factory, under Erika Silgoner in Rome, Italy, performing in their two full length works “1: about time” and “4John.” He is currently working with Sonya Tayeh, and performed in her New York premiere “You’ll Still Call Me By Name.” In LA he works with Erica Sobol and recently premiered her full length work “Notes on Change” in LA and Nashville. He is also a guest artist with LACDC and Heidi Duckler Dance Theater.