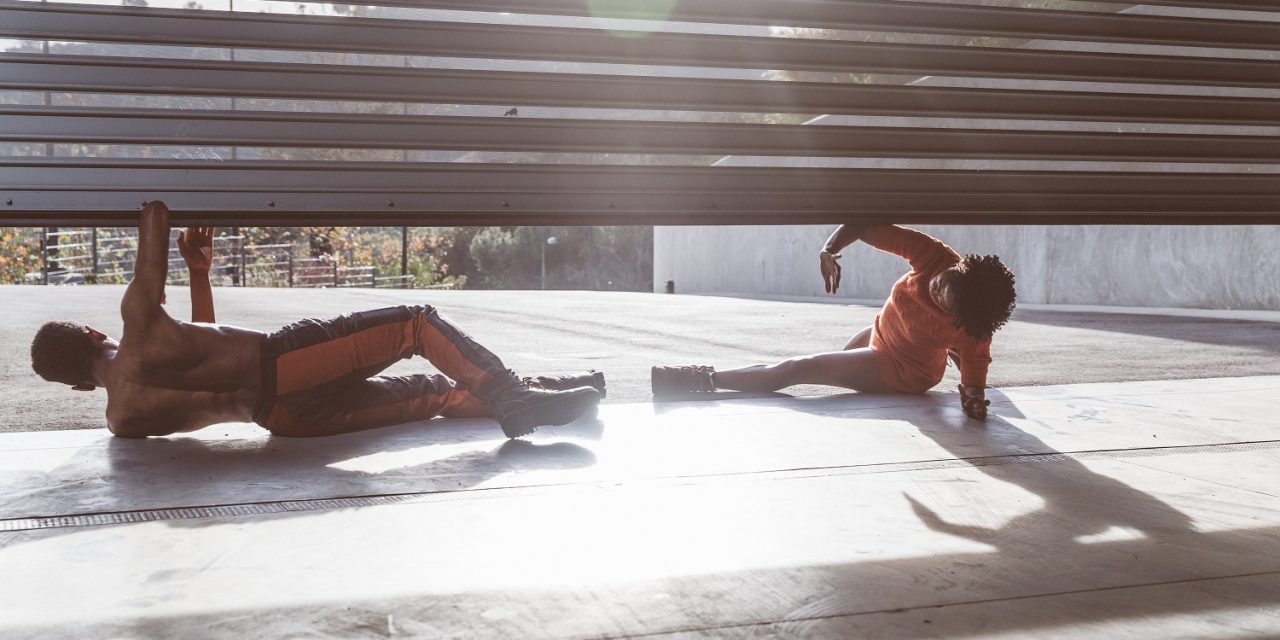 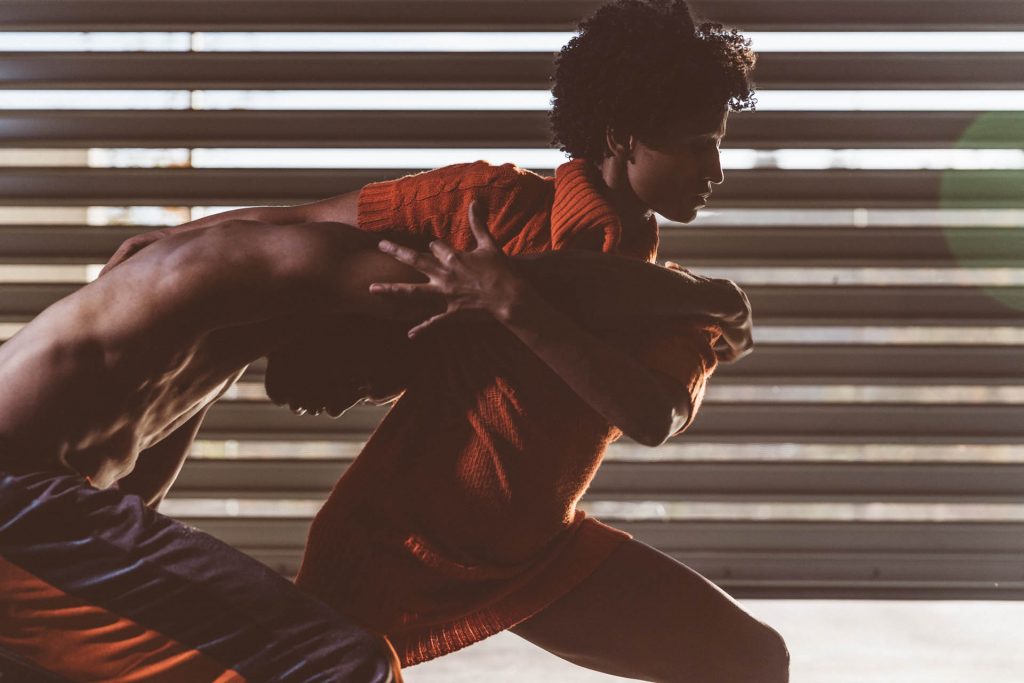 For over 30 years, Heidi Duckler has been a major force in site specific work in Los Angeles and around the world. She founded her company, Heidi Duckler Dance (HDD) in 1985, and has branched out to include Ducked (formed in 2013) which engages underserved kids through residencies at schools and community centers throughout South and East Los Angeles.

On Saturday, October 27, 2018, HDD presented a moving and, at times, haunting work titled LOADED at the John Anson Ford Theatres. I use the word haunting not in reference of the Halloween season, but in terms of the work’s reflection of the scary times in which we currently find ourselves. Somehow, in a cavernous and stark space with concrete walls and floors, Duckler incorporated materials that were already in that space to create images of fear, strife, love, division, hope and warning.

The audience was directed to meet at the café terrace located on the Amphitheatre’s level 6. At 7:30pm Duckler welcomed the audience and explained a little about where we were going and the choices of seating. After a couple brief talks by members of her staff, Duckler led us down to the theater’s loading dock area tucked away beneath level 5. There were chairs and cushions in three separate areas on the two levels inside. I was seated on the upper level with a wonderful view of the entire performance space.

From over the hill just outside the loading area, we saw a man, Lenin Fernandez, walking towards us pulling a very long black tubular shaped object that at first glance gave the impression of billowing smoke trailing behind him. This person felt like a sinister omen and the first thought that came to mind was “something evil this way comes.” Fernandez swirled his dark trail of pending doom as he moved in circular patterns outside and inside the dock area.

From just off our right, a couple (Himerria Wortham and Raymond Ejiofor) appeared pushing a large black cart trimmed in red. They seemed to be migrating from somewhere, pushing their belongings as they surveyed the place where they found themselves. Their movements were slow and tender, but pensive, acknowledging each other by a recurring entwining movement of their arms.

When they decide to rest, they tip the cart over and out of it appears the statuesque and eloquent Micaela Taylor who performed a very brief solo while the couple slept inside the cart.

Fernandez began to move about again and the tension built. The couple was displaced and tried to take refuge inside the cart with a duet that spoke of trying to escape. Taylor returned, became enamored with or by the messenger and the young couple quickly tried to warn her of his deception.

Duckler expressed this via two duets. Taylor and Fernandez began with a slow and romantic dance that built in intensity, while Wortham and Ejiofor’s duet echoed that in reverse; fear turned into anger and then slowed down to tenderness while they gathered the courage to help save Taylor.

To enhance the feeling of potential danger, the lighting shifted to project the performers shadows looming large against one wall as Taylor, Ejiofor and Wortham performed in front of and against it. It felt like an ode to the recent threat by our government to build a wall along the southern border. A wall that represents protection to some and a separation of humanity to others. The movement reflected these emotions. The dancers clung to it while slowly moving along its surface. Taylor and Wortham partnered while Fernandez and Ejiofor engaged in a slow-motion struggle for dominance that at one point had Ejiofor literally walking backwards up a pillar as Fernandez held him by his shoulders.

The black tube and the cart came back into play with Fernandez hiding underneath the plastic tube as he sat leaning against the center support pillar. Ejiofor moved the cart back into the performance area to unfold and dance with a huge orange flag with a large sparkly green square sewn upon it. The symbol of an unnamed country? An abstract representation of all nations? That is what I took it to mean. He struggled with the flag, marched with it, waved it about ceremoniously and even attempted to hang it up in victory. The two women came to his aid and the three of them escape as the metal door to the loading dock slowly descended to block Fernandez from following.

Fernandez repeats his opening dance and having failed to destroy those he just encountered, moved on in search of other places to share his evil.

LOADED evoked a standing ovation from the audience, and rightly so. This was a stronge political and social statement that expressed the attempts of some to treat people who are different than themselves as somehow inferior or a threat to their way of life. Duckler did, however, leave us with hope of getting through this period, but with Fernandez’s final dance she also warned us that this type of hate, racism and bigotry is always lurking in the darkness.

The powerful and soulful music that spoke to the looming dangers, trials and triumphs was composed and performed live by Sarah Belle Reid and Justin Scheid. Christine Ferriterdesigned the lighting that transformed the bare walled loading dock area into a thriving environment. The symbolic flag was designed by Mimi Haddon and the very appropriate costumes were by Debby Weiss.

Again, the outstanding cast of LOADED were Raymond Ejiofor, Lenin Fernandez, Micaela Taylor, and Himerria Wortham. The work was choreographed by Heidi Duckler in collaboration with the dancers. It was a union of talents that resulted in a stunning creation.