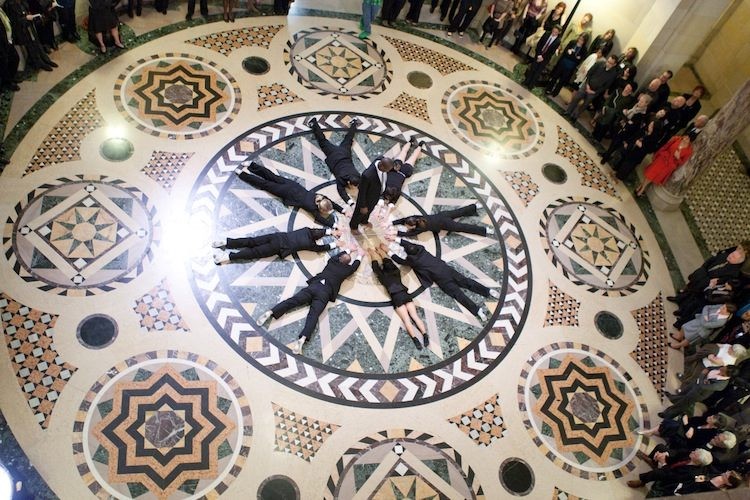 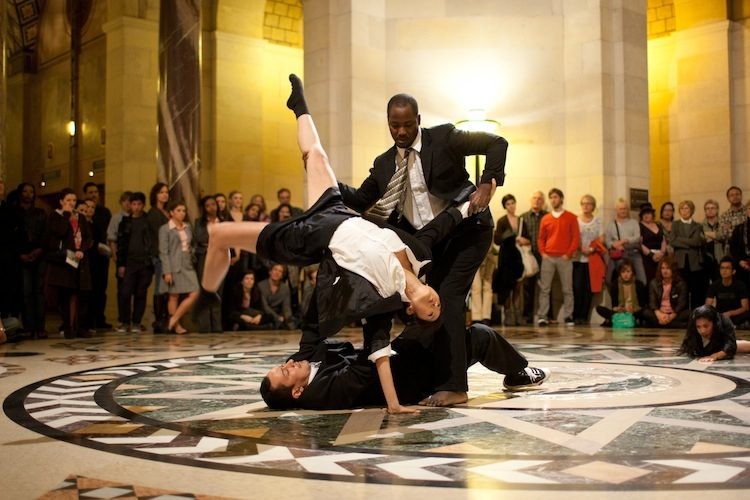 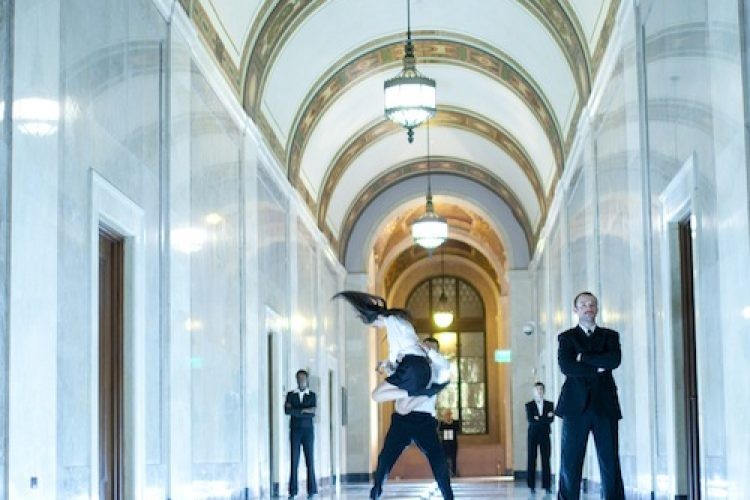 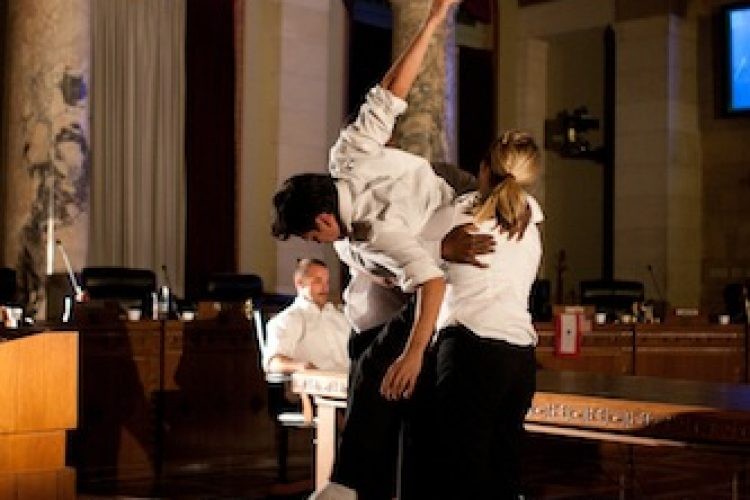 Governing Bodies infused the world of politics and public affairs with contemporary dance, in a performance designed specifically for Los Angeles’ iconic City Hall, a Historical-Cultural Monument built in 1928. Performances took place in City Hall’s stunning Byzantine-style rotunda, continued through the hallways and the City Council Chambers, and concluded at the Spring Street steps and Romanesque forecourt. Governing Bodies celebrated the democratic process by involving the audience in a work that focuses on both the Los Angeles arts community as a whole, and the strength and power of the artist’s individual voice. Photo credit: Andre Andreev.