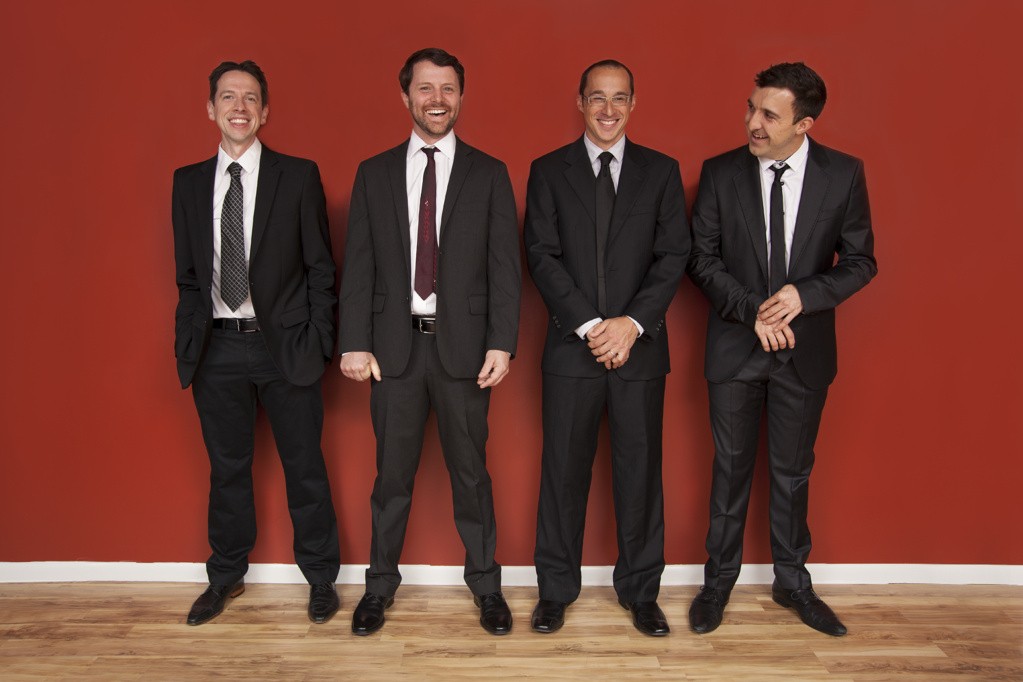 We couldn’t be more excited to collaborate with those four geniuses known as the Los Angeles Percussion Quartet this weekend. These talented guys will perform a live soundtrack to Charlie’s attempt to woo back his lady-maybe-love Sophie.

Why are we so excited? So many reasons, but here are our five favorite things about the LA Percussion Quartet.

Excited now? We thought so! Get your ticket for this weekend’s performance here. It’s going to be an amazing experience.