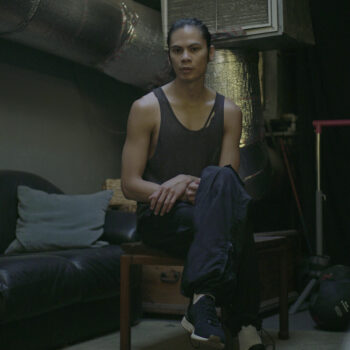 Jobel Medina (Filipino, b. 1990) is a Los Angeles based creative and performer. Born and raised in the Philippines, Jobel migrated to the U.S. at the age of twelve. He received his Bachelor of Fine Arts in dance at California State University, Long Beach and Masters of Fine Arts at California Institute of the Arts.

He has been a member of Ate9 Dance Company since 2017, where he works closely with Danielle Agami and performed works by Shahar Binyamini and Tom Weinberger. Early in 2020, he performed at the Walt Disney Concert Hall as an actor/dancer for Simon McBurney’s “Weimar Nightfall: The Seven Deadly Sins.” In 2018, Jobel was one of the six interpreters to perform Tino Sehgal’s “Selling Out, (2002)” at the Hammer Museum in Los Angeles, CA. As a freelancer, he’s worked with choreographers such as Christopher Bordenave of No1 Art House, Kate Wallich and The YC, Ania Catherine & Dehja Ti, Rebecca Lemme, Keith Johnson, Andrew Winghart, Whyteberg, and has appeared in multiple music videos and entertainment performances listed below (with links).

His old/new creative adventures are photography and film. He is highly fascinated with creating impactful visuals that have a potential to tell stories. He is eager to work with professionals and fanatics equally and is always looking for a creative challenge.