CounterIntelligence: The Story of Sister Alyonushka and Brother Ivanushka – PART 2 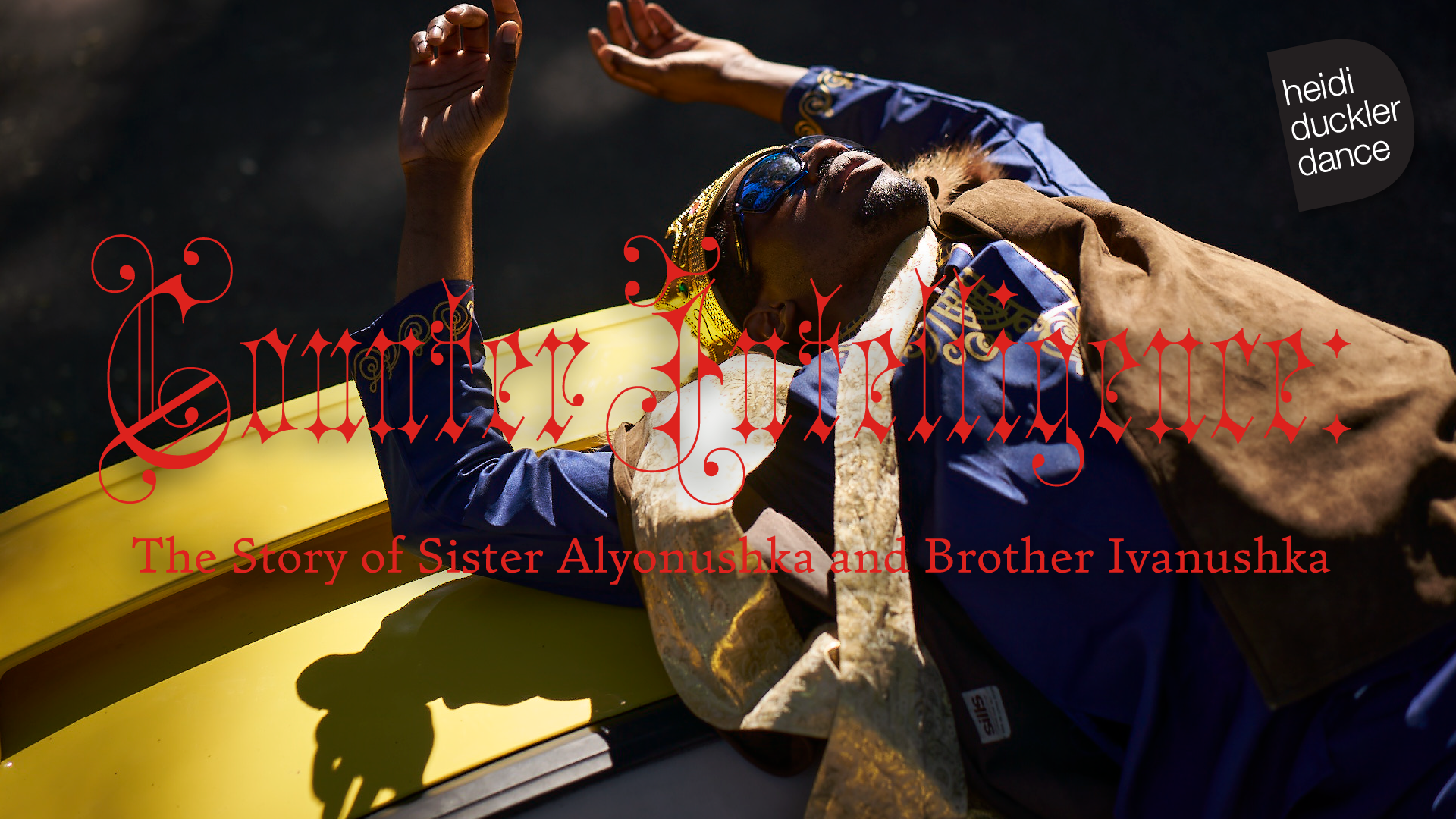 CounterIntelligence is a contemporary reimagining of a Russian folktale told in a tongue and cheek telenovela style that asks the question: who are we really? The recognition or lack thereof of our human behavior and the situations resulting from our unconscious actions is the premise of this tale.

Need to catch up? Episodes 1 and 2 can be viewed here.

The final episode, along with all episodes of the telenovela will be screened at our Truth or Consequences salon on August 14.

Filming for CounterIntelligence took place in and around the Russian-Jewish enclave of West Hollywood. It was written and directed by Heidi Duckler and filmed and edited by Nicolas Savignano. It stars dance artists Andrea Burr, Rebekah Denegal, Friidom (Darrel Dunn), Raymond Ejiofor, William Ylvisaker, and Ching Ching Wong.

This project is supported in part by an arts grant from the City of West Hollywood.