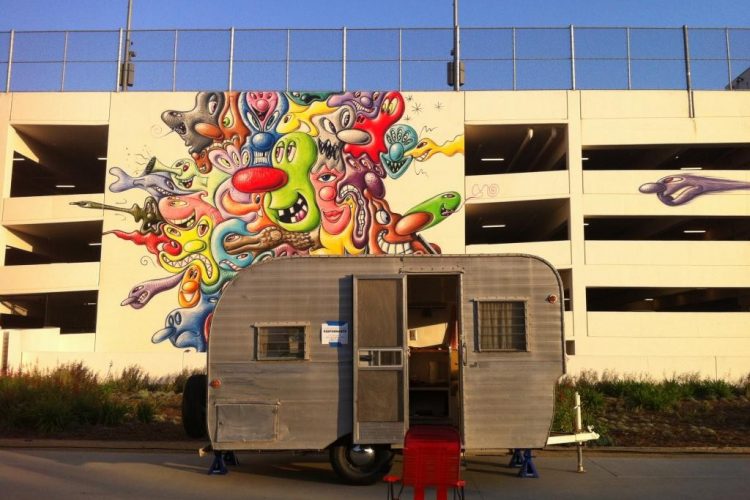 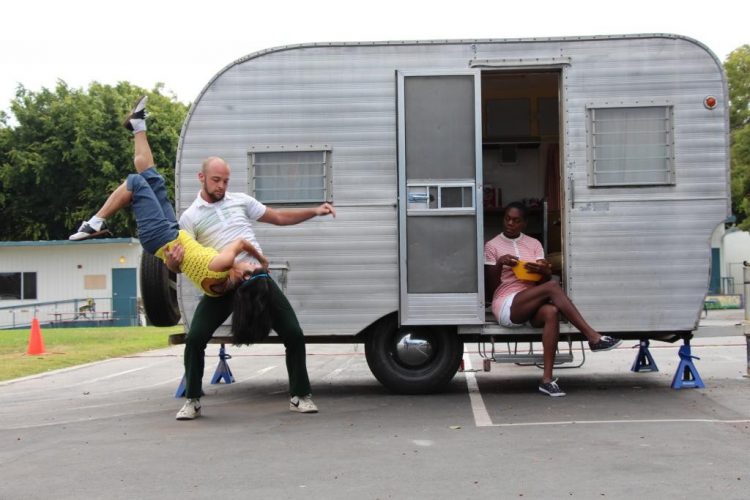 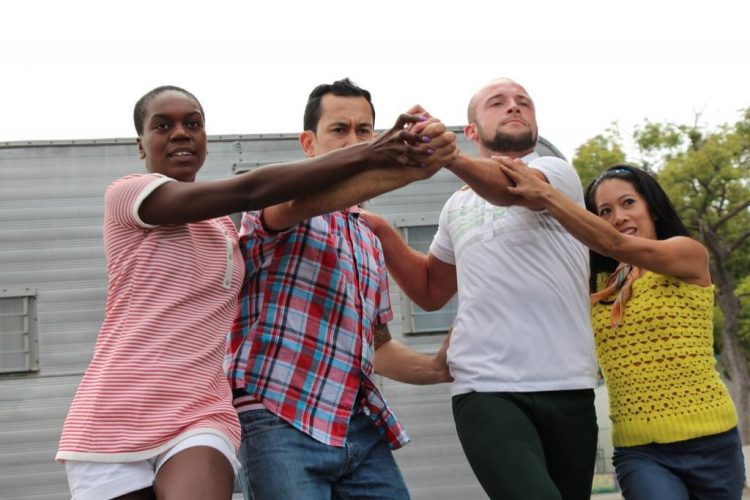 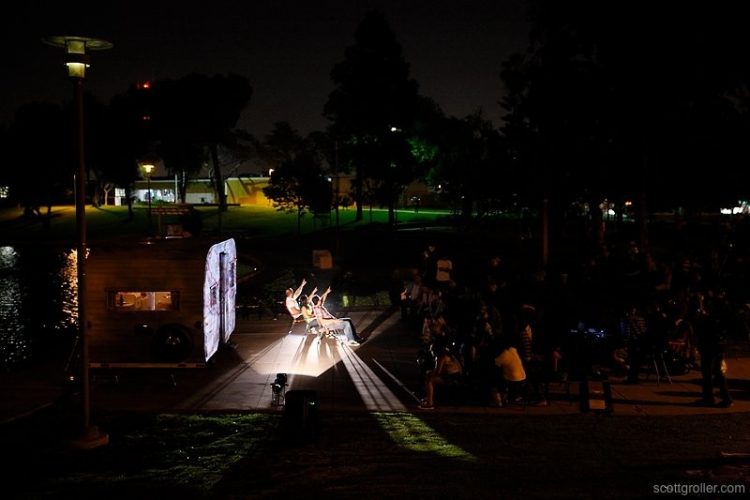 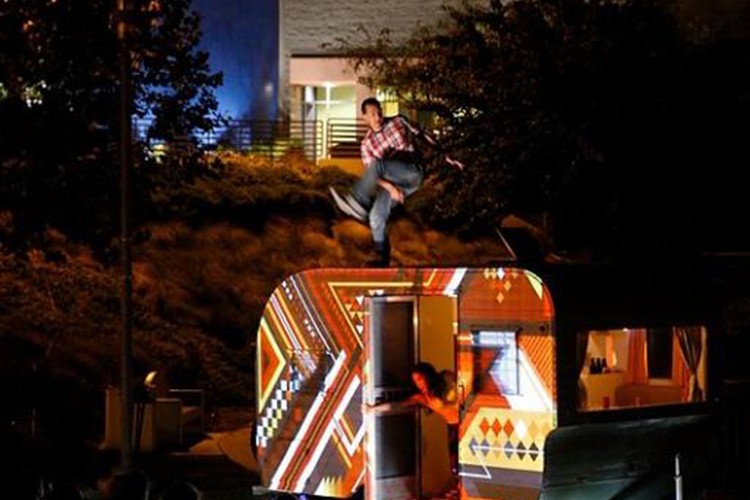 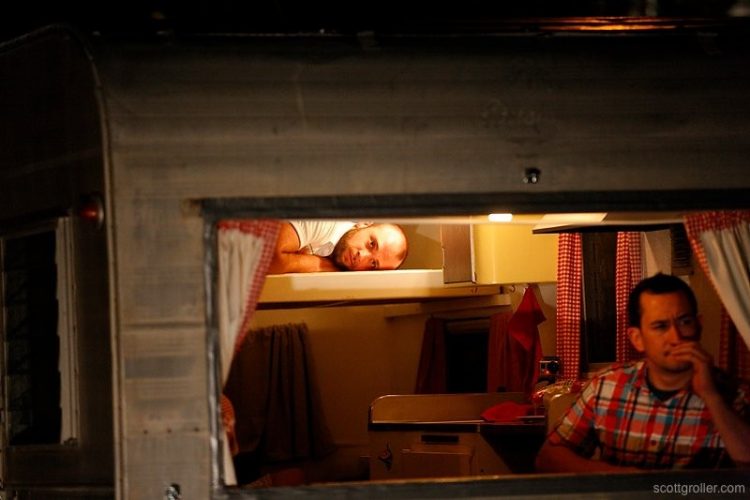 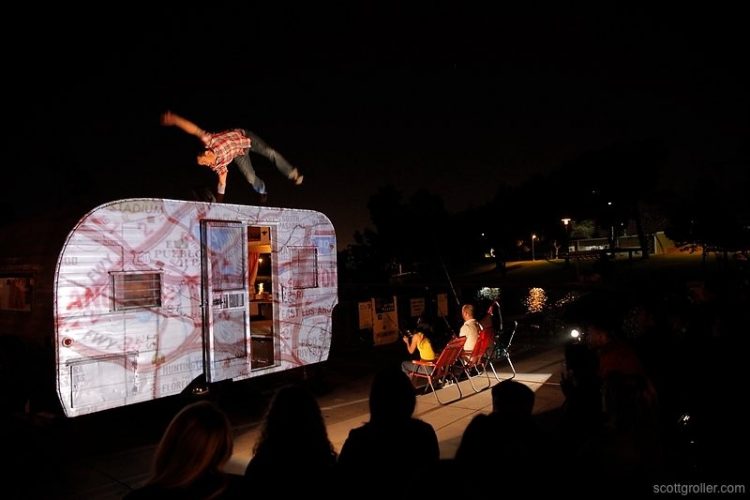 Bringing site-specific dance to diverse communities throughout California, At the Oasis transformed a vintage 1961 Oasis trailer into a mobile dance space. With choreography built into and around the trailer, the performance explored the idea of home as something one takes with them as one travels, moves, and participates in daily life. With four pit stops across Los Angeles–West Hollywood Park, South LA’s Krispy Kreme, downtown Culver City, and the East Los Angeles Civic Center, At the Oasis reimagined the nature of site-specific performance, bringing a site to audience rather than an audience to a site. Photo Credit: Scott Groller, Michelle Iki, & Heidi Duckler.