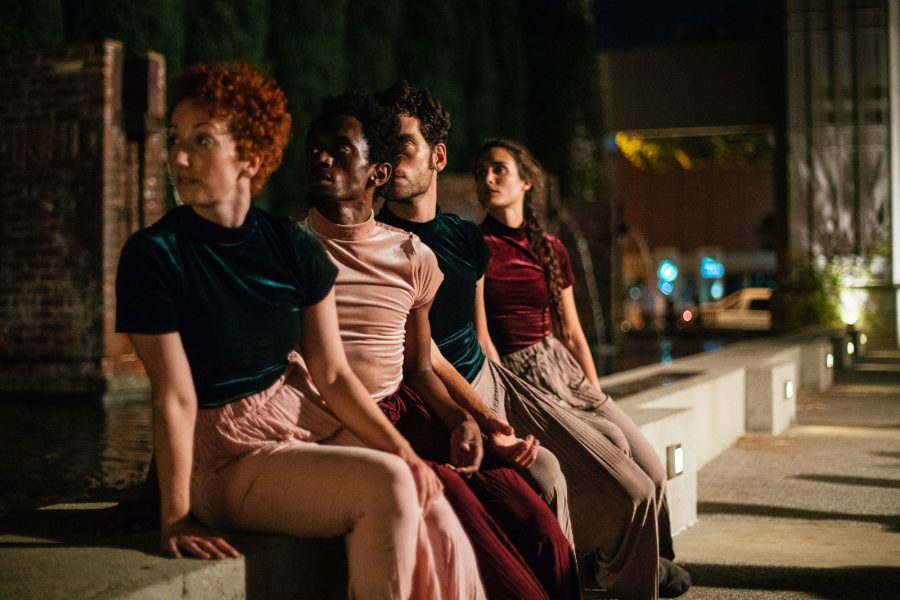 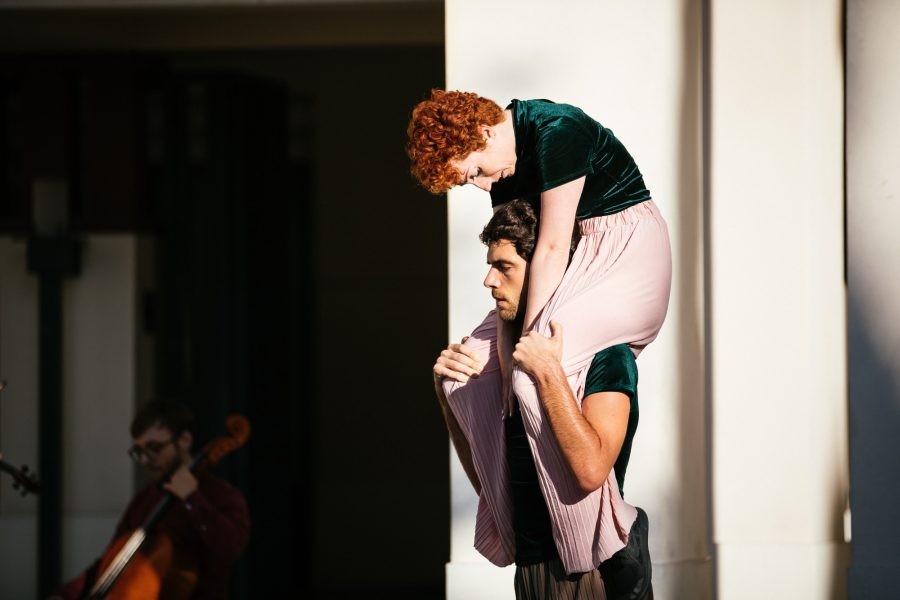 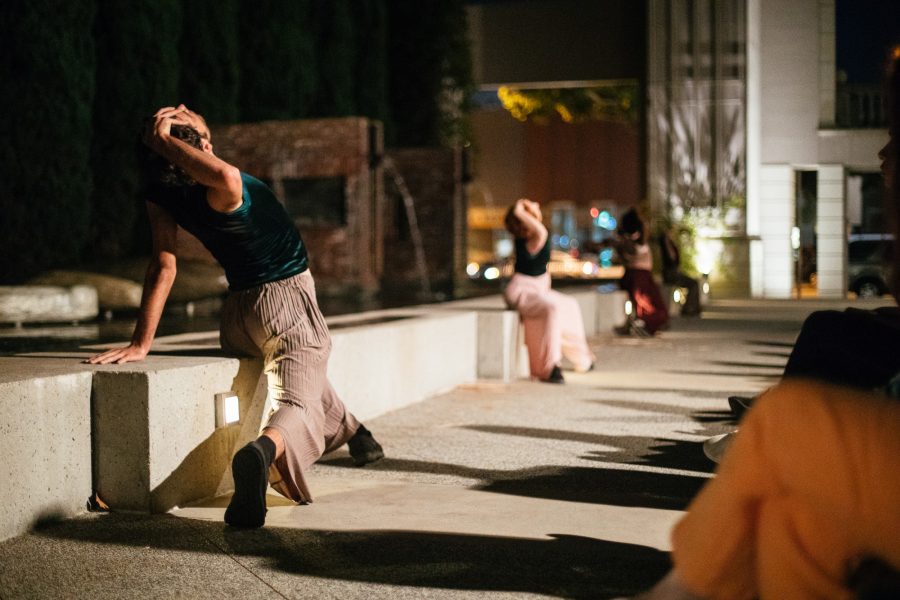 The Hanging Garden, Quotation Courtyard & Panoramic and La Ballona concluded the 1988 series the same month and year of Culver City’s Centennial. The performance began with the public seated in City Hall courtyard facing Hanging Garden while HDDT company dancers performed on the second and third balconies of the City Hall atrium where Hanging Garden is sited. Live Chamber music accompanied the performance as a classical response to both the architecture and history of Culver City. In the second act, the audience walked over to the side courtyard, known as Heritage Park, where a replica of the old City Hall facade is located. The performance continued in the formal pools where La Ballona is sited and next to where Quotation Courtyard and Panoramic resides. The dancers movement beckoned the audience to a new landscape, engaging them in intimate dialogues about May Sun’s artwork and our human origins.