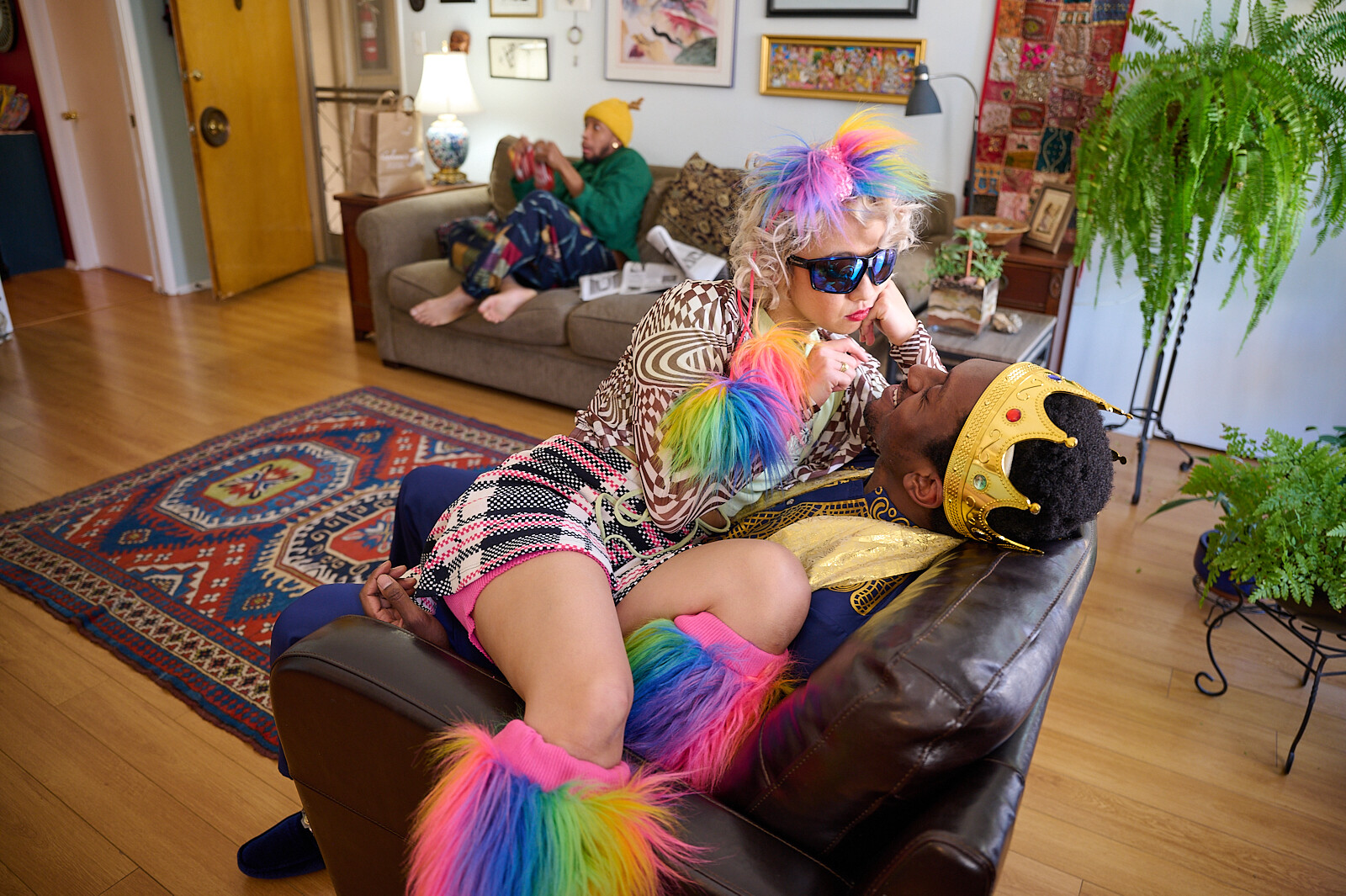 By Heidi DucklerSeptember 19, 2022No Comments

On August 14th, 2022, I moved to Los Angeles and witnessed my first performance at Heidi Duckler Dance (HDD). The dance film series, “Counterintelligence: The Story of Sister Alyonushka and Brother Ivanushka,” was screened followed by a live performance with an alternative ending. The amount of creativity, collaboration, and introspection I saw fills me with so much joy and excitement for what’s to come!

“Counterintelligence: The Story of Sister Alyonushka and Brother Ivanushka” is a telenovela-inspired dance film that plays into the silver lining between reality and fairy tale. It’s an intriguing exploration of identity through the lens of melodrama and dance.

I found HDD’s filmed series to be delightful, melodramatic, and beautiful. Telenovelas rely so much on dialogue to propel a story, and this is where HDD diverts. Rather than a verbal dialogue between characters, we were given a dialogue of dance. We were presented with the Russian tale of Sister Alyonushka and Brother Ivanushka through the lens of dance. The film was full of absurdity, comedy, suspense, and joy. I found myself laughing through the story, surprised at  how the characters are represented, and yet at the same time I was absorbed in the narrative and focused upon the devlish themes underlying all the satire.

The original tale explores identity and familial love. It was interesting reflecting on the classic Russian tale based on values of identity and family that have been upheld for centuries, contrasted with a modern cityscape (in West Hollywood), alluding to the fact that these family constructs could be altogether different. And while I saw those as the themes, the live, alternate ending of the Salon began to reveal one final layer.

We see the characters in the flesh, through the arched windows at Heidi Duckler Dance’s rooftop at the Bendix. The use of perspective in the epilogue allowed us to view the family as if we were voyeuristically and cinematically peering into a home. Each member was isolated and rarely ever interacted with each other. What was supposed to be a happy family was actually one of discord and disconnection. The Sister dances alone, bored on the couch while the Brother stares solemnly out the window. The King is absorbed in his paperwork, writing and rewriting, as if trying to perfect a story. Perhaps, he himself becomes the narrator and  wishes he lived the fantasy that was the telenovela. The film wasn’t reality, it was what the King had wished was true.

Telenovelas originated in Brazil and have become an integral part of Latin American culture. They evolved from graphic novels of classic stories, to radio shows, and eventually onto television. Through their popularity, telenovelas address societal issues and even today, are an important part of Latin American culture. Telenovelas personify universal experiences such as love, loss, triumph, and adversity. Although there is conflict, viewers are guaranteed that everything will end up okay for the protagonists. These simple yet charming messages resonate with people around the world, because they are relatable and provide optimism toward difficult situations. The universal experiences told through telenovelas create universal understanding toward the human experience. In a way, telenovelas are a global voice that represent the lives of many across cultures. Despite how different our lives are, the experiences presented in telenovelas are ones we often can share. Many countries including Russia and Ukraine began creating their own telenovelas that personalized the stories for local viewers. Telenovelas have become an integral part of Latin America, as well as cultures around the world.

Through Heidi Duckler’s telenovela, we see the issues of identity, fantasy, and reality at the forefront. The discussion following the presentation provoked conversation of Russian and Ukraine relations and left me in a state of introspection upon leaving the home of Heidi Duckler Dance at the  Bendix. It had me pondering how the dynamics of countries differ greatly from the interactions of people. Together we are people trying to live our lives and telenovelas express how we aren’t alone in our experiences.

Heidi Duckler has shown me how art told in different mediums can collectively inspire a delightful, powerful, and thoughtful narrative. I am incredibly honored to be working as an intern with HDD. To become a part of these creative endeavors excites me and gives me so much gratitude. I can’t wait to see and share with you, what comes next!