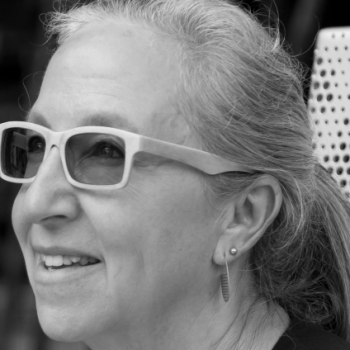 Deborah was a dancer as a young adult, trained in Cunningham technique,
and this established her love of the art form. Eventually architecture won
out as a profession. For almost 20 years, she has been the ranking
architect in the City, part of the executive team for the City of Los Angeles’
Bureau of Engineering. Her work is the design and construction of public
buildings, public parks, and the Los Angeles River, with a focus on design
excellence, community participation, and sustainability and resiliency. The
Bureau is the City’s preeminent design and construction delivery
organization.

Her current projects include the new 42 acre River-adjacent open space at
Taylor Yard, the 6th Street Viaduct and the associated 12 acre PARC
space, the proposed Los Angeles Street Civic Building, the First and
Broadway Park adjacent to City Hall, the Vision Theater in Leimert Park, a
new asphalt plant for the City, a master plan for the Silver Lake Reservoir,
homeless Bridge Housing facilities across the City, a new Valley River
bikeway segment, the North Atwater equestrian and pedestrian bridge, a
new gymnasium on Robertson in West Los Angeles, and others. She was
instrumental in the City’s adoption of LEED for City funded projects, and
continues to champion environmental initiatives for design and
construction.

Deborah has chaired the American Institute of Architects – Los Angeles
Committee on the Environment, was on the AIALA Board and the AIA
California Council Board, and helped found the U.S. Green Building
Council’s Los Angeles chapter. She received architecture degrees from
Princeton University and the University of California at Berkeley. Her prior
professional experience includes: managing energy efficiency
demonstration projects for Southern California Edison; promoting Canadian
sustainable design expertise for the Canadian Consulate General in Los
Angeles; managing a design-focused private architectural practice in New
York City; and work with a number of other architectural practices in Los
Angeles and New York.

She currently is a member of the scientific committee for NAHR, Nature, Art
& Habitat Residency, an eco-laboratory of multi-disciplinary practice in the
Taleggio Valley in Bergamo, Italy.