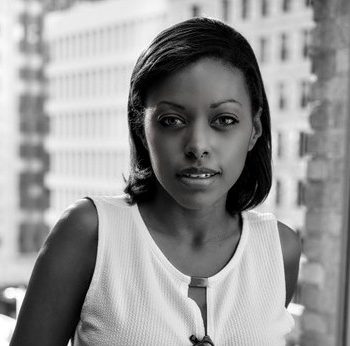 In her decade of experience, JKH Consulting President Jamarah Hayner has led community involvement efforts for both public- and private-sector clients, as well as for leading elected officials in New York, Southern California and Phoenix. Throughout her career, she has helped clients ensure that communities and small businesses are valued stakeholders in projects affecting their neighborhoods, with a special focus in the areas of transportation, aviation, real estate and housing policy and workforce development. She has played a key strategic role in business pursuits totaling more than $3 billion, assisting clients in growing their market share in new sectors and regions. A tested communications advisor, she has led successful earned and paid media campaigns and represented clients as a spokesperson in outlets including the Los Angeles Times, National Public Radio and Business Journal affiliates, as well as numerous local and new media outlets.

Jamarah’s career includes successful tenures in the administrations of several of the nation’s leading elected officials. She began her career in the office of New York City Mayor R. Michael Bloomberg, where she worked as his Community Affairs Unit’s Chief of Staff and Director of Policy and Initiatives, helping to manage citywide outreach for congestion pricing and other plaNYC initiatives. She served as the first Southern California District Director for then-California Attorney General Kamala D. Harris, for whom she managed community outreach on a range of issues including her landmark foreclosure relief legislation package. She also served as a Communications Deputy and Special Assistant to Los Angeles County Metropolitan Transportation Authority Board Member and Supervisor Mark Ridley-Thomas.

Jamarah is a graduate of Barnard College at Columbia University. She is a proud member of a number of civic organizations including: the Greater Los Angeles Area African American Chamber of Commerce, the Santa Monica Chamber of Commerce, Heidi Duckler Dance, Friends of Transit, COMTO Arizona, the Arizona Transit Association, and the Support Sky Harbor Coalition. She and her husband live in Manhattan Beach, CA and Phoenix, AZ.