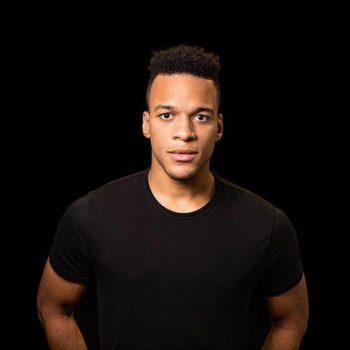 Long Island native Owen Scarlett is a performing artist, choreographer, photographer,
videographer and visual designer growing roots in LA. He attended Point Park University for
Jazz Dance/Arts Management but also explored other areas of art and design. He was a
founding member of Visceral Dance Chicago, and performed with the company for four
seasons. He’s performed and explored work by Ohad Naharin, Fernando Melo, Sidra Bell,
Mónica Cervantes, José Limon, Erica Sobol, Marguerite Donlon, Robert Battle, Toru Shimazaki
and Shannon Alvis. Owen has created works for several companies such as DanceWorks
Chicago, Dance in the Parks and Visceral Dance Chicago. He has a great compassion for
dance, and enjoys giving back to others in the dance community. In 2015, he founded Owen
Scarlett Productions, a design/film production company. This company has allowed numerous
dancers to market themselves cost effectively. Since them he’s been able to create digital work
for non-profits such as Hubbard Street Dance Chicago, Visceral Dance Chicago, Rivernorth
Dance Chicago and The American Cancer Society. There are so many outlets that fulfill his
need to create. He couldn’t possibly choose just one. He is thankful for that because he’s been
able to connect with such beautifully eclectic people throughout his journey.