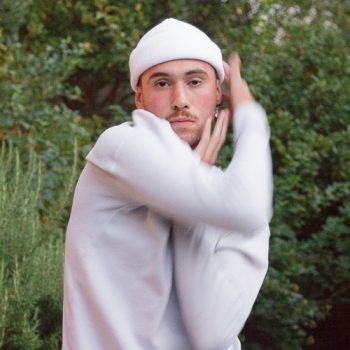 William Jay Ylvisaker has been twirling since he was able to balance on two feet. Both of his parents realized that movement was William’s first language at a very young age. They supported his passion and introduced him to Ballet, where his training officially began with the Oregon Ballet Theater. He made his first connection to organic movement at Buckman Elementary with Chisao Hata and the late Keith Goodman; they planted the seeds of free expression. William was later accepted into the Da Vinci Arts Middle School for dance. Through the duration of his time at Da Vinci he learned Tap, Jazz, Ballet, African, and Hip Hop.

As a senior at Jefferson High School, William became a full company member of the Jefferson Dancers. On the Company, William toured Frankfurt, Germany. This is where William got his first taste of performing abroad. William also joined Urban Arts Dance Company his senior year in high school, with fellow performers Jenelle Yarbrough and Dana Ingram. After William graduated he went to Los Angeles, California to take classes from the biggest teachers and choreographers in the industry.
William has worked professionally between the Pacific Northwest and Southern California with a host of organizations, performers, and festivals including Symbiosis, MSA, the “Waackers” in China under the direction of Kumari Suraj, and with artists such as Jennifer Lopez, Amber Rose, and Pharell. He says he is “still on his life long journey of discovering his movement and sharing it with the world.”

William credits working with the Heidi Duckler Dance Theatre/Northwest (HDDT/NW) as having opened him up to a new way of cultivating a relationship with a space. It has created a deepening of trust with [his] own ability to share and collectively build a creative process with other Movers. Working with movers from all different backgrounds and experiences makes for a richer story and composition, William says and adds that “HDDT/NW’s Toogie Barcelo is a movement genius. Her ability to play within all of her inner and outer realms has been a true privilege to work with. She is magic and I am so grateful to be able to work with such a visionary!”