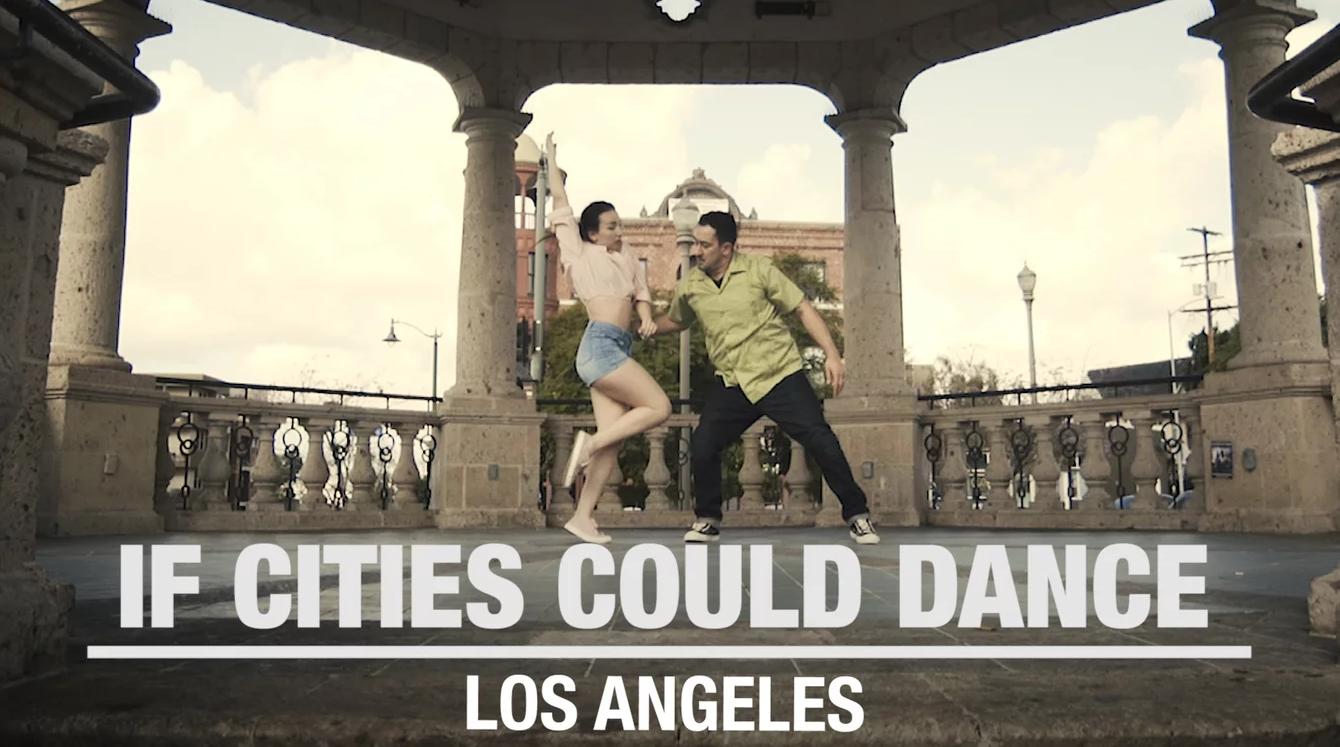 IF CITIES COULD DANCE: A VIDEO SERIES

Editors Note: If Cities Could Dance captures dancers’ personal stories and their deep-rooted relationships to their communities. Watch a new episode every Tuesday through May 28, 2018.

Imagine a version of La La Land filmed not in the Hollywood Hills, but amongst the landmarks of a different, more street-level Los Angeles. Replace Griffith Park with the Boyle Heights Mariachi Plaza. Swap Grand Central Market for the decidedly less gentrified Central Wholesale Produce Market.

Then cast Lily Ontiveros, a formally trained contemporary dancer from Monterrey, Mexico, as the young ingénue. And for the male lead: Roberto Lambaren, a.k.a. Rawbzilla, a former b-boy with deep roots in the Los Angeles hip-hop scene. Let their dancing depict a community — and a neighborhood — that’s mostly overlooked on the silver screen.

Cue the romantic strings and fantasy is complete.

Back in the real world, Los Angeles is an inspiration to both Ontiveros and Lambaren, who work with Heidi Duckler Dance Theater, a company that performs only in non-traditional spaces. “That’s what L.A. is all about,” Lambaren says, “creativity and being original and adding something to the dance culture.”

For Ontiveros, who hopes to establish a dance career in Los Angeles, the immigrant population is part of the fabric of the city, and why she loves it there. “It’s kind of a reminder of where I come from and how hard everyone has worked to be here,” she says.

Los Angeles, the dancers say, pushes them both to find their own voices.

“For a lot of dancers here, they should always want to stand out,” Lambaren says. “And how do you stand out? You be yourself.”–Text by Sarah Hotchkiss