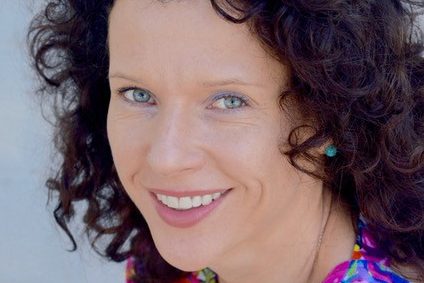 news: Magdalena Edwards joins our Board!

We are excited to announce that Magdalena Edwards will be joining our Board! She is a writer, actor, and translator who has been a champion for HDD! Read her bio below and get to know her a little bit better!

Magdalena Edwards is a writer, actor, and translator from Spanish & Portuguese to English in Los Angeles, California. She was born in Santiago, Chile, and raised in Chicago, Los Angeles, and Washington D.C. She is currently a Visiting Scholar at UCLA’s Latin American Institute and an Artist in Residence at Highways Performance Space. Her writing has appeared in many publications including the Paris Review Daily, the Boston Review, the Millions, El Mercurio, Rattle, the Critical Flame, Words Without Borders, Full Stop, The Point, London Review of Books, and the Los Angeles Review of Books, as well as in Ocean Crossings (Tagus Press/UMass Dartmouth 2020), Cosmopolitanisms (NYU Press 2017) and Psychogeographical Romance (Essay Press 2015).

She is working on book-length manuscript about translation, performance, motherhood, and being a doctor’s wife during the COVID19 era. As a performer, Magdalena has worked on stage and in film, including Heidi Duckler Dance’s Illuminating the Chandelier (April 2020); A Short Story (2019) written and directed by Lucia Senesi, a short film about three women in Los Angeles that earned Magdalena “Best Lead Actress” from the MONTREAL INDIE SHORT FILM AWARDS (June 2020); Contact (February 2020), a dance theater piece presented at Highways Performance Space co-created and co-produced by Magdalena with Sohani Holland; and a trio of plays at the Hollywood Fringe Festival (2017-19), including Magdalena’s one-woman show I Wanna Be Robert De Niro (HFF 2017).

Her performance toolkit includes ten years of classical ballet training and eight years of competitive ice skating as a child; and, as an adult, training in flamenco, modern dance, pole dance, Alexander Technique, ballet, jazz dance, Brazilian Jiu-Jitsu, acting, voice, and movement. Magdalena has performed original work recently at Oxford University and in Rio de Janeiro, São Paulo, Paris, Jerusalem, Tokyo, and elsewhere. Magdalena has been a contributing editor at the Los Angeles Review of Books since 2013, and she was a staff writer for Chile’s leading newspaper El Mercurio in the “Artes & Letras” section from 2000-2001 where she published reviews, essays, and interviews, including conversations with poets Rita Dove and Adrienne Rich, and a feature on Alain Bernardin’s legendary Parisian cabaret Crazy Horse upon its first visit to Chile.

She is the Co-Ambassador for Los Angeles, with Kristin Wong, of the Authors Guild. Magdalena holds a PhD in Comparative Literature from UCLA and a BA in Social Studies from Harvard.