In 2018, Heidi Duckler Dance began an initiative Ramona: Reimagining, Unsettling and Reckoning. Based on the story of Ramona inspired by what some consider the quintessential California story of the same name, written in 1884 by Helen Hunt Jackson. The first performance in 2018 was at San Gabriel Mission Playhouse. The second performance in December 2020 will be at the Southwest Museum Los Angeles.

In preparation for the December performance, HDD is presenting our Unsettling Ramona Salon Series by working collaboratively with Native perspectives to “unsettle” a story that was both important in creating visibility for the issue of Native rights in America and also problematic in that it romanticized California’s history and ultimately failed to create political change. Recognizing our own positionality and complicity working and performing on land we are guests in, our company is honored to be joined by highly respected indigenous artists, activists, scholars, and thought leaders from Southern California. Our collaborators will share their work, lived experiences, and expertise on Native American history while examining the story of Ramona. Building towards a holistic understanding of these histories and perspectives will inform HDD’s new “Unsettling Ramona” performance.

Dr. Gregor will share her reading of Ramona, and her insights about how we can decolonize the fabrication of California’s mythical past created by this novel, and shift the conversation to focus on the lived experiences of California Indian women, their struggles, resistance, and survival.

Martinez will be presenting on her archival work of Indigenous punk music and subcultures, as well as her experience in academia and studying punk music. She will also be sharing her band and her song writing process explaining their aim of amplifying Indigenous communities, the land we reside on, and communities of color.

Pum will unpack settler colonialism in regards to California settlement based on the settler colonial mentality of manifest destiny and the erasure (genocide) of Indigenous people. Through the California arch dream of fantasy escapism during which Ramona was written and the problems of romanticizing these settler-colonial fantasies.

Our second installment of the salon series last week was “Unsettling Self,” featuring actor, writer, artist and photographer Robert I. Mesa (Navajo/Soboba), dancer, singer and musician Duane Minard (Yurok, Piaute), and Artistic Director of Native Voices at the Autry DeLanna Studi (Cherokee). Mesa shared and discussed his film, Devon’s Forrest, a love story that portrays the unbelievable amount of Indigenous Women that go missing in the US and Canada. Minard talked about where his traditional acting career started with the Ramona Pageant in Hemet, California and discussed acting for both Non-Native and Native playwrights and screenwriters, which led to his own journey into playwriting. Studi shared about her work as a Native Woman, as an actor, playwright, advocate, and new Artistic Director of Native Voices.

Our first installment was “Unsettling Story,” featuring Diné multimedia documentarian Pamela J. Peters who was born and raised on the Navajo Reservation in Arizona and scholar Dr. Yve Chavez who was born and raised in Los Angeles, California as a member of the Tongva tribe. Peters explored how Indian representation and removal policies are translated in Hollywood filmmaking and how visual sovereignty through a Native lens can promote the perseverance of Native American/American Indian community populations despite decades of colonial assimilationist policies. Dr. Chavez discussed the history of California’s missions and their role in shaping public perception of Spanish colonial legacies and Indigenous experiences in Southern California from the late nineteenth century through today.

This project is funded in part by the California Arts Council, a state agency, and the National Trust for Historic Preservation. Learn more at arts.ca.gov.

Dr. Theresa Gregor is Iipay and Yoeme. She earned a Ph.D. and M.A. in English at the University of Southern California. Her doctoral research focused on the American Indian Captivity Narrative; it is titled “From Captors to Captives: American Indian Responses to Popular American Narrative Forms,” where she has a lengthy critique of Ramona and other native-themed sentimental novels in the chapter, “Miscegenous Primal Scene of American Indian Romances.” She is an alumnus of Cal State University San Marcos Class where she earned a B.A. in Literature and Writing Studies with a Minor in Spanish. She is an Assistant Professor in the Program in American Indian Studies at CSU Long Beach. 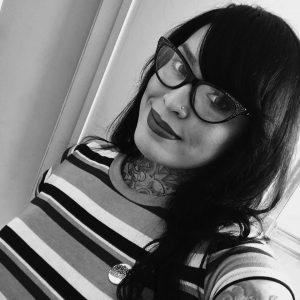 Kristy Martinez is a second year Musicology Ph.D. student in the Herb Alpert School of Music at UCLA. She received her Master’s in American Indian Studies and her Bachelor’s in History with a Minor in Comparative Religions at UCLA. She is Chicanx and a Yoeme direct descendant from Sonora, Mexico, and has grown up in the San Gabriel Valley. She is a singer/songwriter in a punk band, and her M.A. work includes documenting the contributions and history of Indigenous rock and punk rock music movements, as well as working with punk, ska, metal, and hardcore bands in the Southwest. By using the framework by Anishinaabe scholar Gerald Vizenor of “survivance,” her research looks at punk as a form of survivance in four themes: environmental and Indigenous rights, D.I.Y. space making, gender/queer empowerment, and positive mental health and strength for the future generations. Indigenous punk is not simply a cultural movement, but a form of survivance where bands utilize punk as a conduit to counteract and challenge imposed mechanisms of settler colonialism, victimhood, stereotypes, racism, misogyny, homophobia, notions of being fixed in the past, as well as bringing awareness to genocide and missing and murdered Indigenous women. Through D.I.Y. and space making, bands are writing music which resonates with them and are utilizing their own venues, promotions, zines, art, skateboarding, fashion, and lyrics to tell their stories. Musicians are also reconnecting to their traditions, language, and ancestral histories through music making. Kristen has also created a D.I.Y. digital archive for Indigenous punk fans and musicians in the punk scenes to interact from the past to present, incorporating flyers, photos, media, videos, and interviews that has continued to connect Indigenous communities from many parts of the world. Her work aims to be accountable to tribal and Indigenous communities, as well as actively seeking their input. She hopes to become a college professor and mentor for students, as well as actively engaging and amplifying women, the LGBTQ2+ community, and communities of color in music and scholarship. 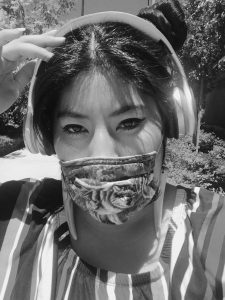 Esmeralda Pum is an intellectual scholar with a Master of Science in Business Innovation from University of West Los Angeles and a Bachelor’s in American Studies from Hampshire College, located in Nipmuc lands also known as Amherst, MA. She also possesses a Five College Native American and Indigenous Studies Certificate. Her thesis, titled “Indigenous-futurism an Ode to Afro-futurism: Anti-Blackness and Anti-Indigeneity in Western Science Fiction,” grapples with themes of settler-colonialism, settler-colonial mentality, and the love for science-fiction and fantasy. She is an urban Native from the Mayan-Quiche/K’iche diaspora of the highlands of Guatemala, raised in occupied Tongva (Los Angeles) territory. She refrains from participating in patriotism, nationalism, and settler-colonialism, as she self-identifies as nationless and stateless.

As a guest in so-called U.S. Indigenous relatives’ territories, she has made it her aim to recognize, educate, and learn the history of Indigenous peoples’ wherever she resides. She is always aiming towards doing and being better through the actions of accountability, transparency, and cultural reciprocity.

Esmeralda’s work revolves around the love for Black and Indigenous People of Color, and the alternative: punk, rock, goth, cosplay, anime, fantasy, science-fiction, fandom, nerd, and pop cultures. The mainstream alternative culture is dominated and geared towards the white, cis, hetero, male audience, as this type of person tends to be the default, and this is deeply problematic, because it fails to be inclusive and accessible to all. Therefore, Esmeralda believes we have to construct, create, (re)imagine, (re)claim, and (re)Indigenize our own spaces so we may critically think how western science-fiction is historically rooted in the erasure (genocide) of Native peoples, token 2-D characters, and stereotypes.