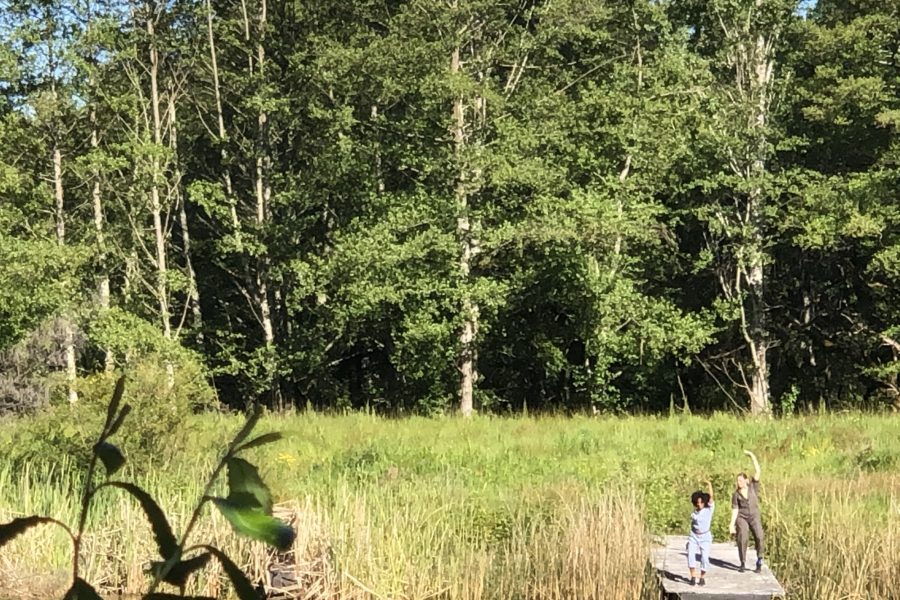 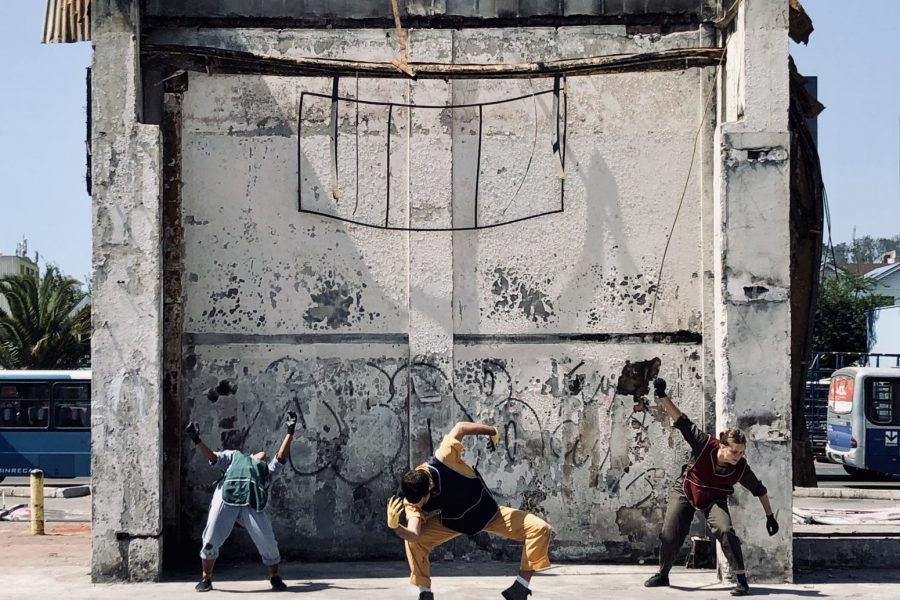 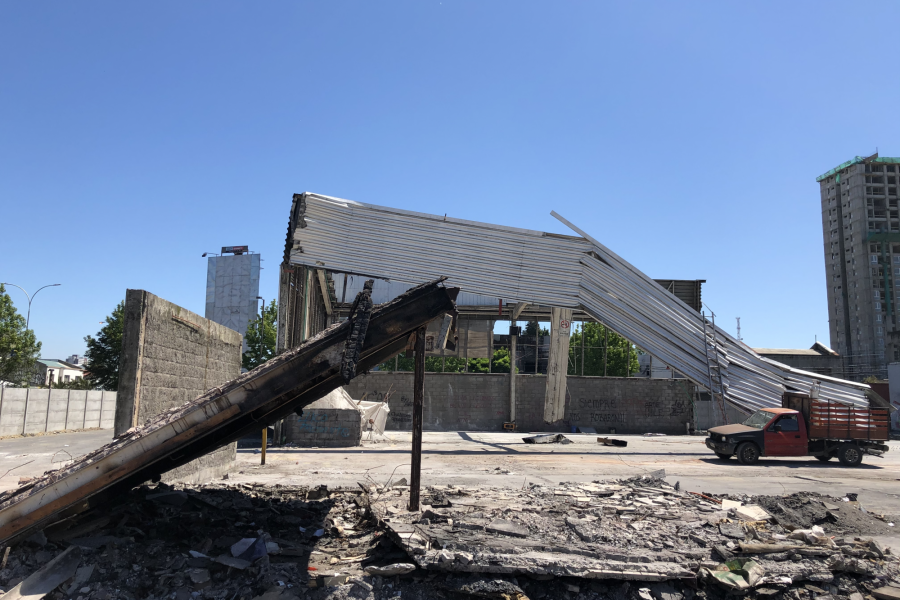 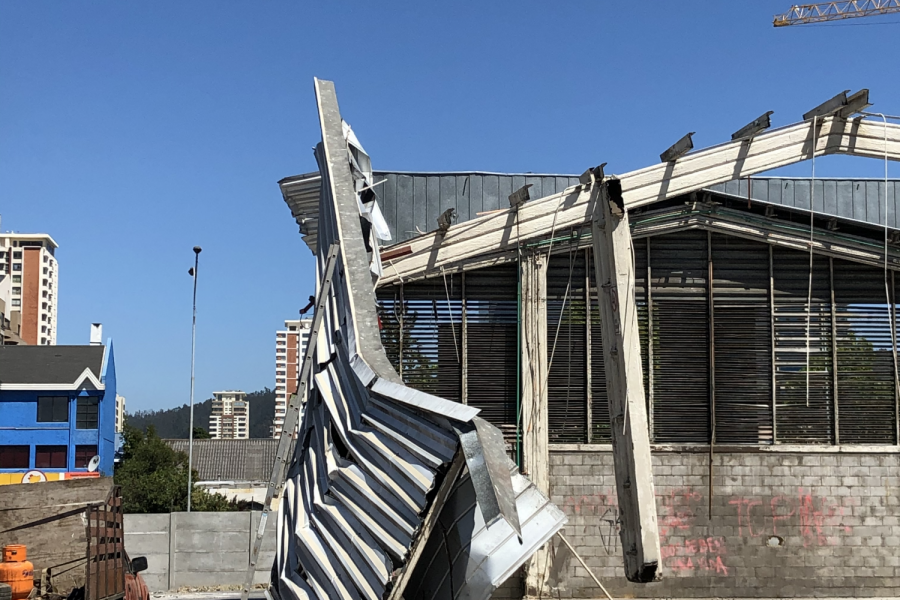 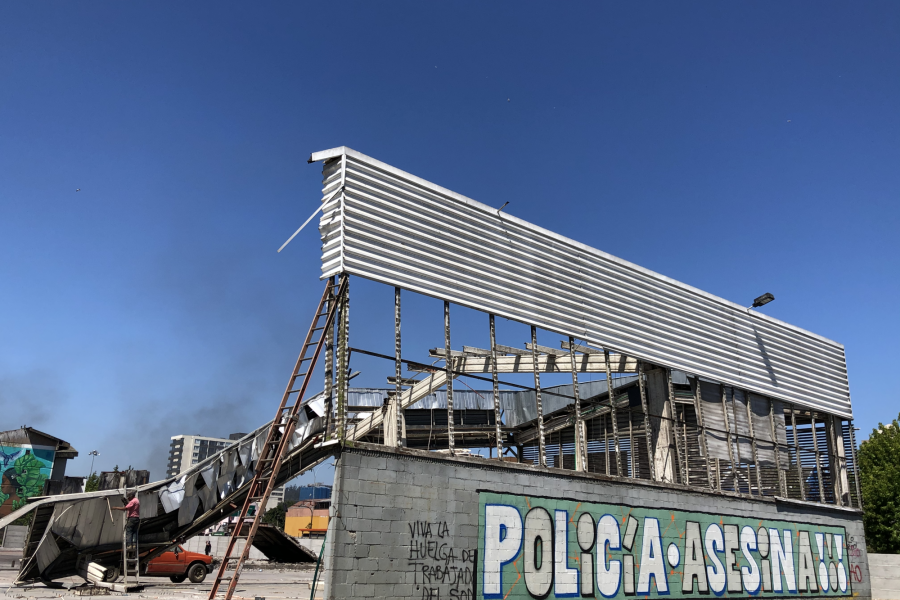 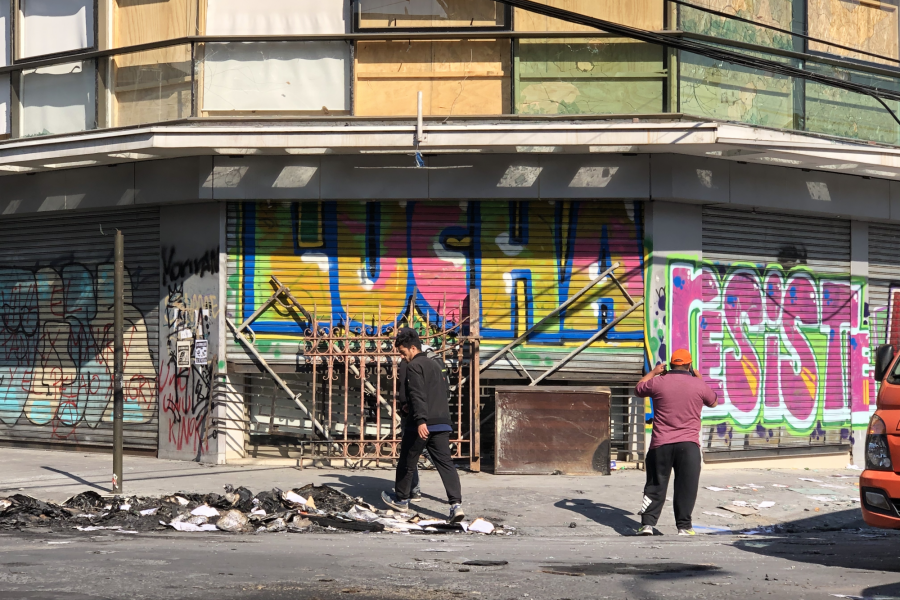 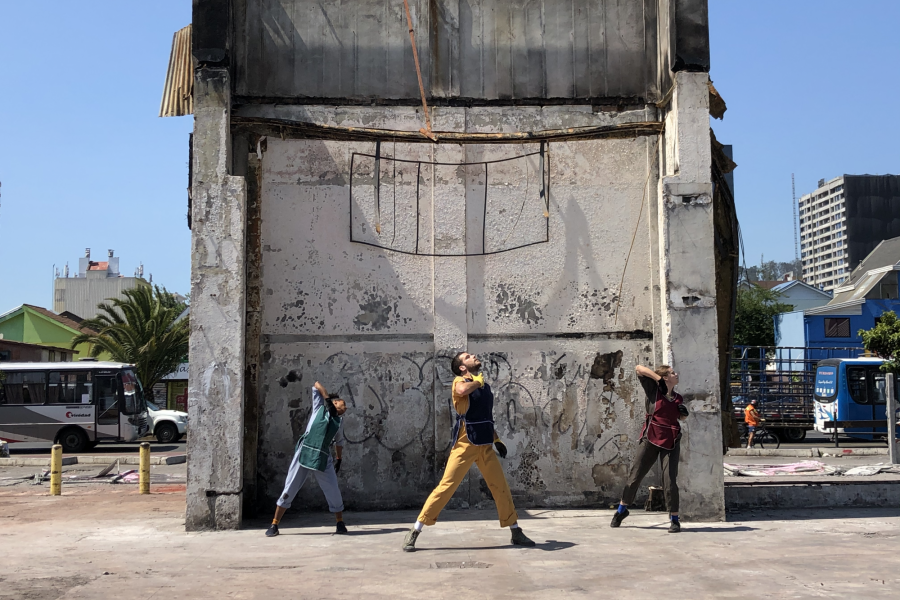 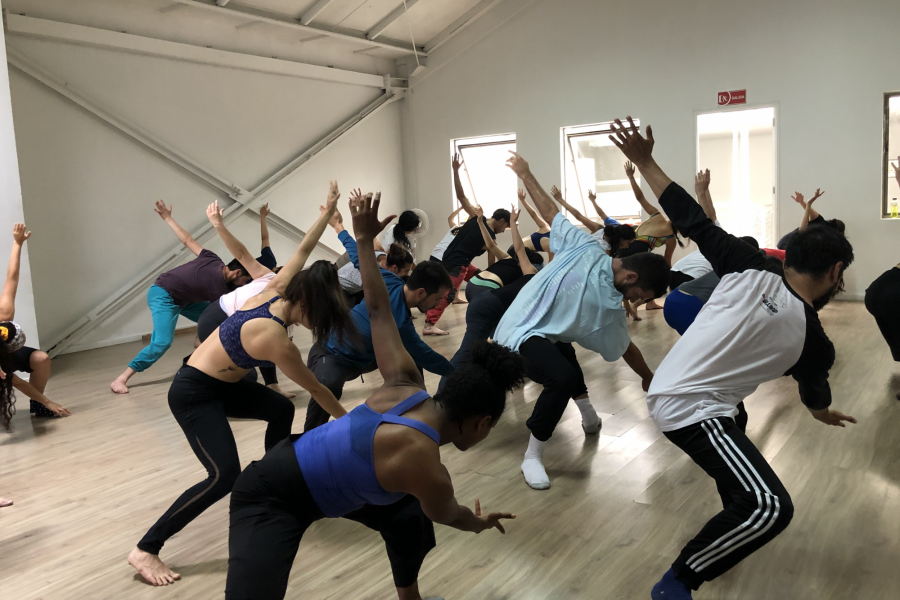 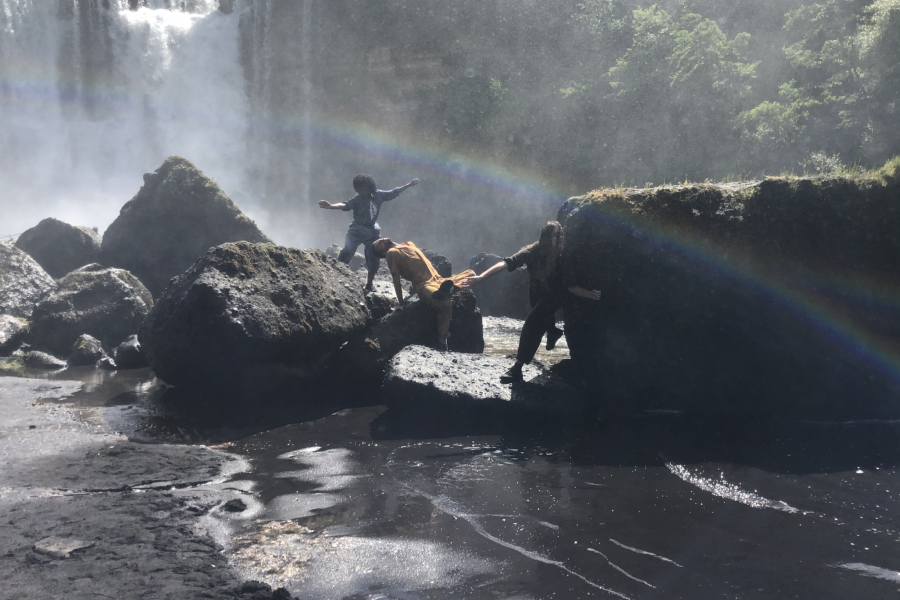 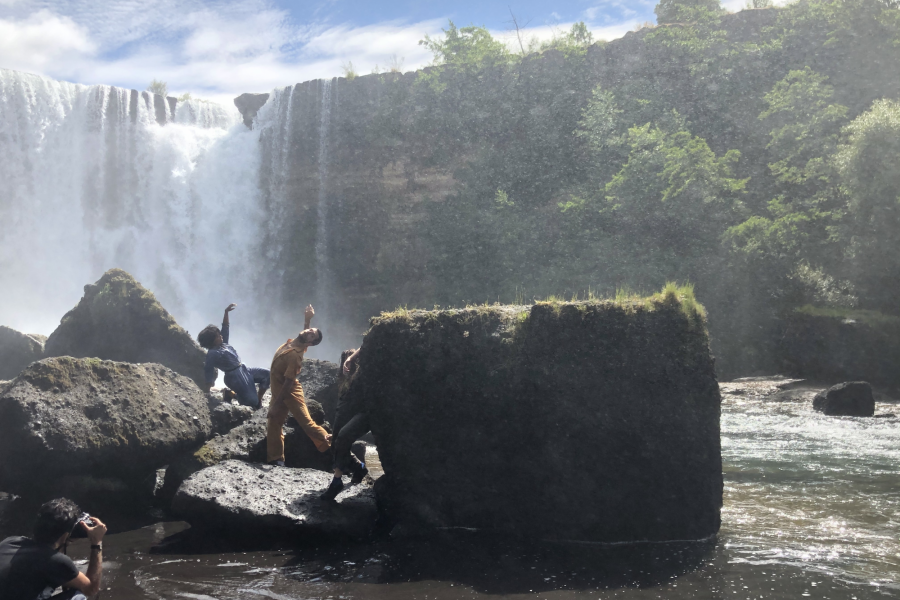 Valdivia, Los Angeles, and Concepción, Chile. The company performed as part of the international programming at the Centro de Experimentación Escénica in Valdivia and at the LOFT International Dance Festival in Concepción.

HDD made its second visit to Chile after a successful tour in 2018 when they performed at the Festival de Ideas in Valparaíso. The performances were created on site upon arrival in Chile, and featured dancers, Tess Hewlett, Ryan Walker Page, and Himerria Wortham, plus live music from local artists and set design by Chilean native Maria Fernanda Videla Urra.

HDD traveled to Chile during a troubling time of crisis in the country. Civil protests were ongoing in response to the increased cost of living and prevalent inequality in Chile. Despite the rising fear of violence and feelings of trauma coming back from the days of the dictatorship, the performances and workshops still happened. As art is often a form of resistance and tool for raising awareness, HDD’s time in Chile was very inspiring and transformative. The cultural exchange that was developed during the company’s first visit was furthered. Felipe Díaz Galarce documented the company’s time in Chile in a film to be released early 2020. 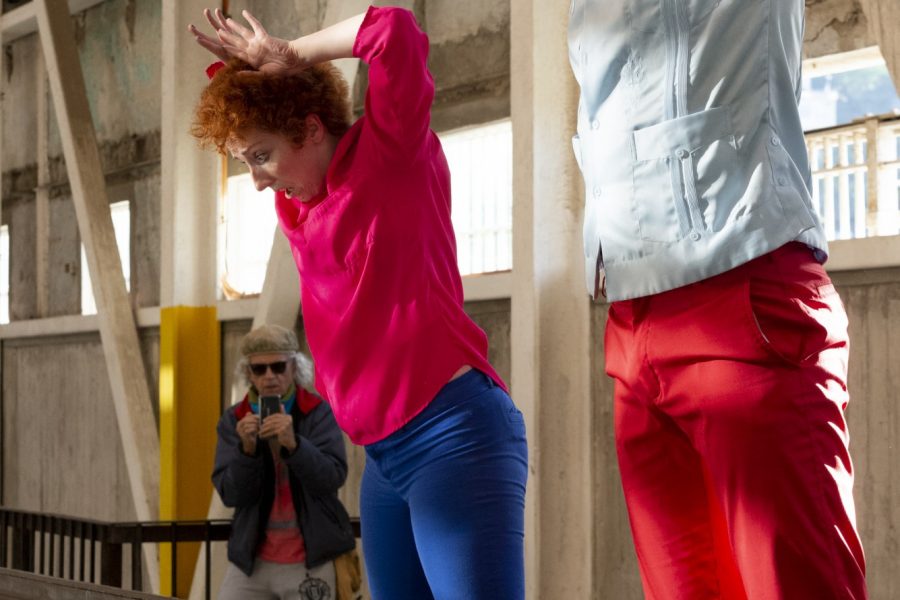 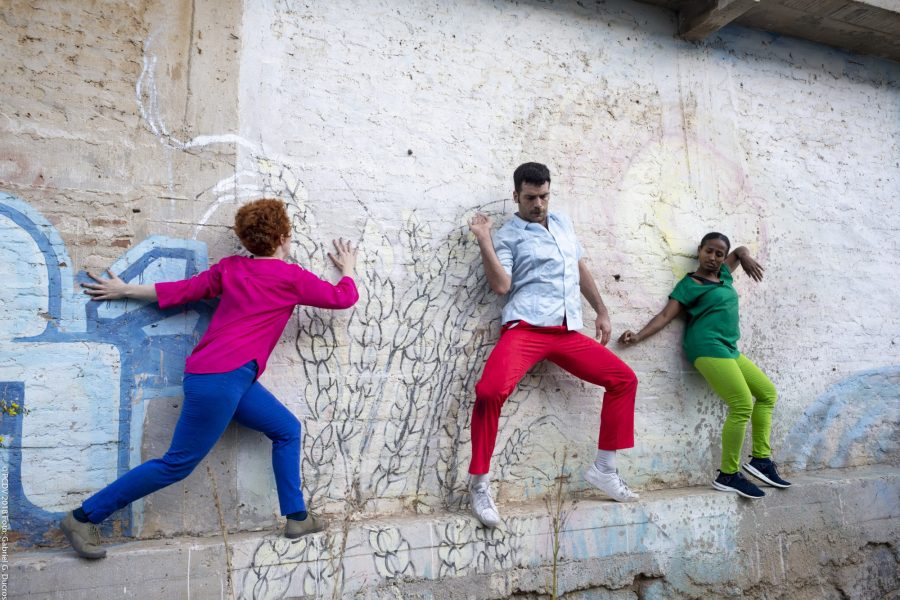 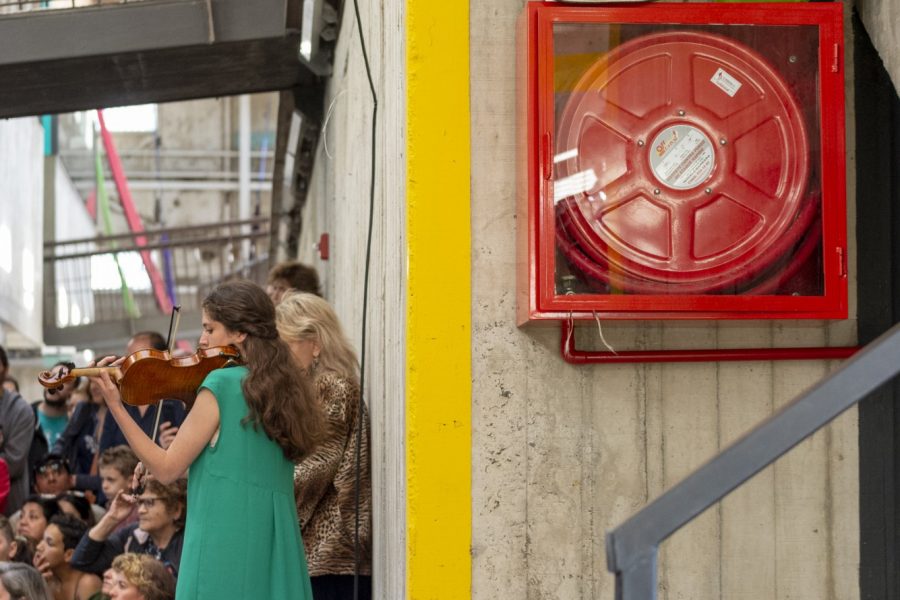 Puerto de Ideas Festival, Valparaíso, Chile. A new work created in a former prison, repurposed as an arts center in Valparaíso, Chile. Choreographed by Heidi Duckler in collaboration with her dancers Jillian Meyers, Ryan Walker Page and Himerria Wortham. Inspired by their surroundings and the Chilean culture, Duckler and the dancers took the audience on an captivating journey of movement that included live music by percussionist Nick Hon & Valparaíso violinist, Beatriz Urtubia Villagrán.

These engagements were supported in part by Mid Atlantic Arts Foundation through USArtists International in partnership with the National Endowment for the Arts and the Andrew W. Mellon Foundation.