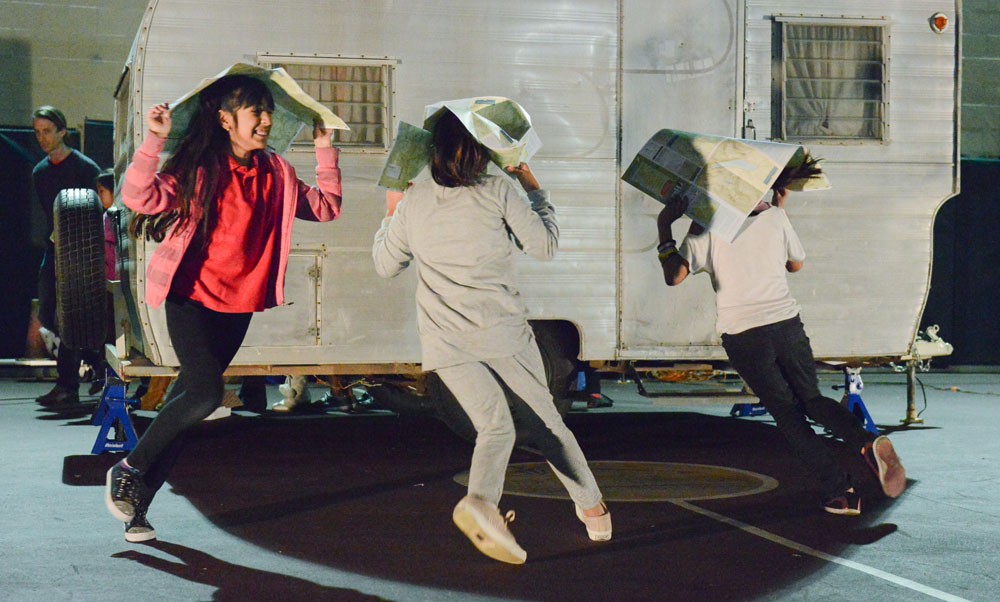 As we head into the holiday season and towards a brand new year, the staff of Heidi Duckler Dance Theatre is taking time to reflect on 2015 — the experiences, memories and lessons. This blog post is the second in a series. Read the first post here.

SPENCER PAEZ, Development Associate: Before I was Heidi Duckler Dance Theatre’s Development Associate, I was a teacher with the Duck Truck Residency Program. The program serves a way to bring storytelling and free expression into the lives of children who may not have creative outlets elsewhere. It also offers practice in skills of communication, collaboration, and respect as an intrinsic feature of the lessons.

As an instructor with the after school program, my primary goal was to make a positive impact on the students, to brighten their day. Our residency was with a class of young girls ranging in age, ethnicity, and dance experience. Participation was voluntary, so we expected enthusiastic involvement. This was true, for the most part. But, as always, a child’s heart eagerly jumps forward before it knows what lies ahead.

A couple of the students found that performing for others, working closely with a teacher, and creating with several peers at once was more difficult than they expected, especially in a physical discipline. This was clear to me in the behavior of one particular girl. She spent most of class with her arms folded, eyes rolling and muttering under her breath. She seemed as if she would rather not be there at all! There was something brewing underneath which she didn’t want to share verbally, but she must have wanted to process creatively. Weeks went by with little to no progress – only anger. My co-teacher Melissa and I continued to invite her participation and encourage her expression, but she resisted. As it turned out, this student had been under a great deal of stress outside of the program, compounded by at least one violent and shocking episode that no child should suffer. My goal to provide a safe and positive space became imminently more important.

The program culminated with a performance by the students for their peers, the teachers and staff, family, and friends. An entire community gathered for the presentation of stories our Duck Truck students had dreamed up. Mere minutes before the performance was to begin, I was told the student who had so struggled to express herself did not want to dance. I sat her down and told her that she did not have to perform, that she could sit and watch. “Here’s the deal,” I said, “If you want to perform, you have to practice with everyone beforehand. If you don’t, you can’t dance today. But I really hope you do, because you’re going to be great.” With no response, I left her to decide on her own. When I sat on the bleachers to watch them rehearse, I was thrilled to see her jump out of the Duck Truck on cue. In that rehearsal and in the performance, I saw her smile and dance and play, something I hadn’t seen at any point over the course of the six weeks I’d known her. My goal was achieved, and I witnessed innocence finding refuge after it had weathered too many storms.

Dance and theater can be the conduit for one’s light. Even, and sometimes especially children are tested with shrouding forces which threaten to take their light. When I think of animating the landscape, I think of the literal animation of one girl’s face against odds that appeared stronger than a child. They weren’t, though, and she triumphed through dance theater.