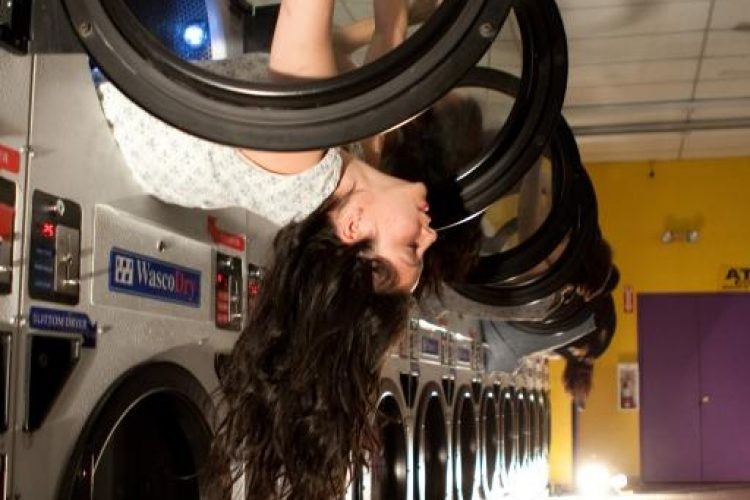 blog: a look back as we look forward

During this period of uncertainty, it is grounding to take a look back and feel appreciation for the spaces we have been able to activate and the stories we have had the privilege to share. There is so much to celebrate from these 35 years—people, neighborhoods, architectural landmarks, and sites of memory.

Every week we will be going into our archives to revisit these special moments.

Recognized by the National Endowment for the Arts as an American Masterpiece, this work celebrates the local coin-op as a community gathering place, a once-common neighborhood fixture that in recent years has been falling prey to urban gentrification. Laundromatinee first delighted viewers and washday customers at Thriftiwash Laundromat in Santa Monica in 1988 before traveling around the city and country.

Our next stop on memory lane is Parts & Labor! This production first premiered in 1993 at the Studio Automotive in Studio City and explored America’s love/hate relationship with cars and featured at its center a 1970’s Cadillac Coupe de Ville. The work provided an artistic view of a local conversation, as LA County highways are usually full every day and leaders discuss solutions for the county’s congestion.

23 years after the original, Heidi Duckler completely re-imagined the piece for Parts & Labor Redux, which was performed in 2015 for the LA Contemporary Exhibitions at SCI-Arc in the Arts District and in 2016 at the Santa Palm Car Wash in West Hollywood.