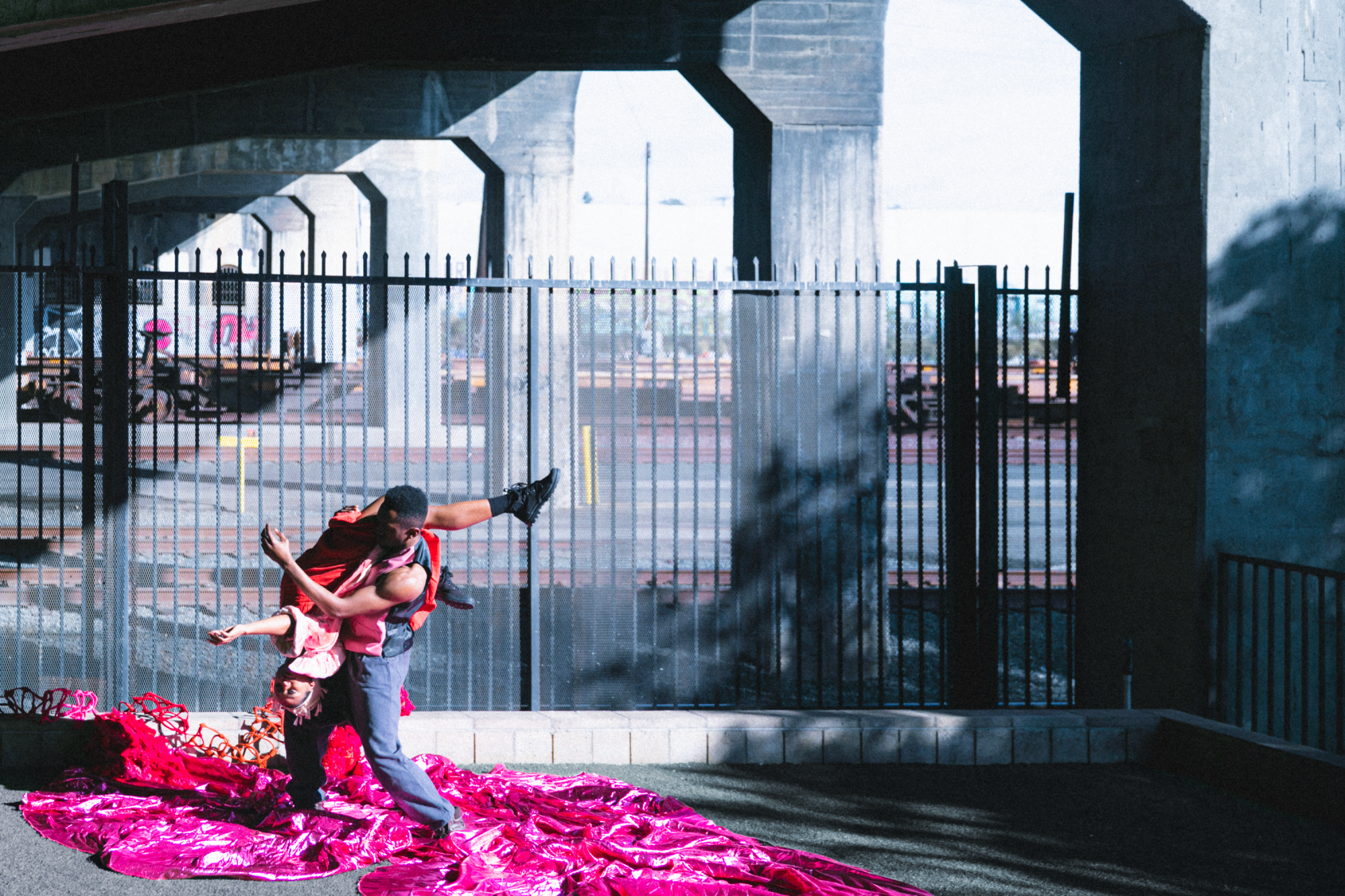 By Heidi DucklerFebruary 26, 2020No Comments

We are honored to present Underway as a part of LA Opera’s Eurydice Found Festival. The countywide celebration re-imagines the ancient myth of Orpheus and Eurydice with a focus on female artists and experiences. We chose Ranier Maria Rilke’s poem Orpheus. Eurydice. Hermes, as a point of inspiration for this new work.

our version of the story

Our Hades is represented by the underbelly of the 7th Street Bridge. The audience enters Hades’ Underworld through multiple gates as they move between faith and fate.

In this modern retelling about love, loss, transformation, and disobedience, we encounter a community of characters.

Three nymphs represent fertility and nature as they fluidly take on different forms, such as the three-headed dog Cerberus that guards the gate to the Underworld. Eurydice represents deep justice. She discovers her independence in the Underworld. Eurydice becomes rooted as her own person and chooses not to follow Orpheus. She retreats into Hades under the bridge, collecting the detritus of the world and dragging it with her.

Orpheus loves Eurydice as his muse, a reflection of his desire, and an extension of his soul. He fears her transformation and independence, and turns to look at her even if it means death for him. Hermes is the train conductor that leads you on your journey and provides passage into the depths of the Underworld. You will want to follow him.

Persephone knows Orpheus will purposefully disobey her because one had to be lost for the other to be found. It is a Greek tragedy after all!