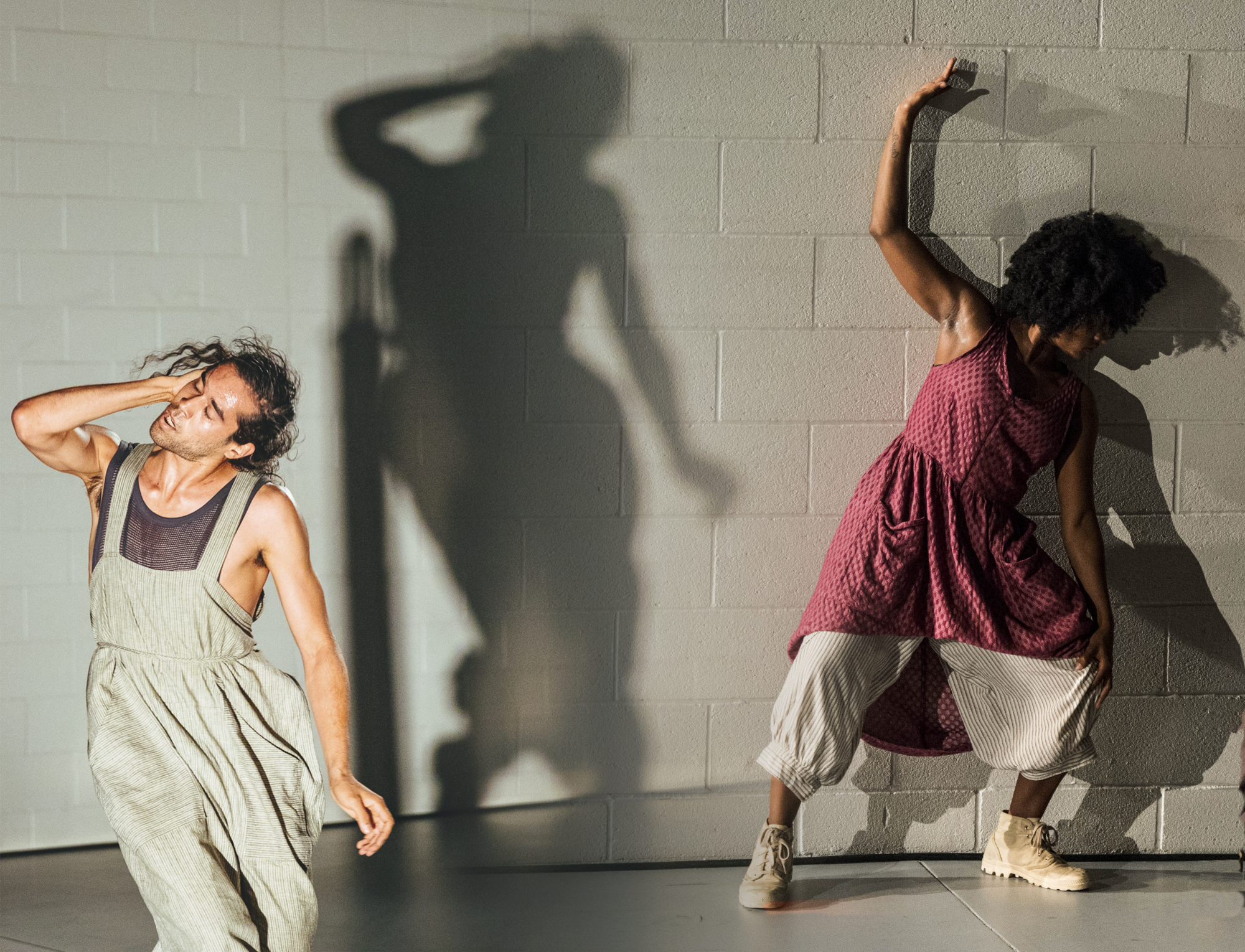 Orange Is The New Black, the hit Netflix show portraying the community of a women’s prison and all of its complexities, is one of many fictional media productions informing most of what the general population knows about life in prison. While the separation of criminals from the general population is important to secure safety, it also creates a problem that there is too little oversight of these facilities and education of what happens within its walls. We, the outsiders, are then left to rely on TV shows and documentaries as information source material and the occasional skewed views of politicians for reference. The individual stories are lost and replaced by statistics, resulting in the dehumanization of inmates by the general population.

Before walking into the Heidi Duckler Dance residency at The California Institution for Women, I had no idea what to expect. I was nervous because I was at a loss of how to act in this new environment. In our orientation meetings, I had learned about the complexity of the community that we were going into. The rules by which we needed to abide by for our safety and the safety of the women, also made it very clear that this was not going to be the regular teaching experience, and that I needed to adjust my style of teaching.

Despite these worries, I felt I needed to make the conscious effort of ridding myself from all preconceived notions of prison life and its communities in order to do my job in the most sensitive manner possible. If there is anything I’ve learned from being a trained journalist, it is that one must walk into an interview with a non-biased mindset in order to relate to and understand the stories that are shared. Although, in this case, I am not a journalist but instead a teaching artist dealing with women who have experienced an unimaginable amount of trauma pre prison and continue to undergo violence and sexual assault in prison. I knew that I needed to approach this job with similar tools.

My fellow teaching artist, Lenin and I, created and borrowed from games that allow
students to look at dance through a different lens in order to find their own voice within dance.In some of the initial games we focused on the exploration of body movement by isolating body parts, trying different qualities of movement, playing with directional options as well as observing their surroundings for inspiration. In essence, they are introduced to mindfulness through these improvisational dance exercises. Once we got used to the physical aspect of moving, we continued by adding the element of word associations in order to unlock another source of
movement inspiration as well as the idea of conscious creation. “How does this word make me feel and what does my body feel like moving based on the emotion I’m experiencing”?

Starting with the second week of class, we gave the group journals to accompany their class experience. At the beginning of class they reflect on their inner state by answering the prompt “what moves you”? With this question, they are asked to recognize how they are feeling that day and isolate something specific that caused that emotional state. The second journaling exercise is there for them to reflect on how the class has potentially positively affected them either that day or even in a future scenario.

The most exciting part of this program is seeing how engaged the class participants have been from day one. By the third week we filled the class to capacity. The word had spread about the class, and the benefits some of the students had already experienced through class. We even heard of students sharing their experience with their bunk mates, who in turn recognize their own need to sign up for therapy. Moreover, the feedback that we received about the class from individuals ranged from the class being their highlight of the week to sentiments of joy they hadn’t experienced in a long time.

The deeper we’ve gotten into the subject matter of processing some of their thoughts and emotions through movement, the more I notice individuals becoming more vulnerable about sharing stories of the day to day difficulties they face with wards and the bureaucracy of prison life. As we touched on the subject of “freedom” through our word association game, I could feel the intense despair that some of the students face on the daily. They recognize the idea of freedom being something that goes beyond physical incarceration. Freeing the mind of its limitations is just as important, if not more important than walking out of the institution a free woman. Furthermore, they shared their dilemma of having to consistently prove their worthiness of freedom to a panel that doesn’t really know them, but makes decisions based only on the black and white ink describing their behavior.

Personally, I have gained so much by working with this group of women. All of my worries (that I described earlier) immediately dissipated as soon as class started and we fell into the routine of teaching class. The only difference was the setting, but the smiles, excitement and sweat that I saw on the women’s faces are the same that I see in any other class. Their willingness to be vulnerable and open for the exercises that we throw at them is inspiring and magical at the same time. I truly appreciate the courage that they present by being open with us about their thoughts and sharing their experience with us in an artistic manner as well as verbal.

When taking a step back and watching the students interact in the exercises we have the utmost privilege to witness individuals push through their insecurities and discomfort with movement and express themselves, show up for themselves by taking the writing prompts seriously and supporting each other.

Knowing the power of therapy and facing one’s own past through therapy, it makes me happy to hear some of the women are meeting with Vanessa, the therapist who accompanies us in class, and working on themselves and the issues that are motivating them in class.

It is also worth noting how important Lenin’s role is as a male teaching artist. With many of the women having experienced violence and abuse by men in their past, Lenin’s presence in class with a respectful attitude towards them and an absence of threat can only be beneficial as an example of men in this world who have their best interest at heart. Vanessa has explained to us that Lenin has received the reputation of “The Nice Guy” in the prison community, which is a small indicator of what a beautiful job he is doing in changing a negative narrative about men.

I’m enthusiastic about the resulting final performance piece that they will be creating and sharing with their community. They are such beautiful people with stories and sentiments worthy of sharing through art. But most of all I’m thrilled to be in the position of sharing my passion with these people and growing with them as people. I’ve always known the power of dance for myself, but witnessing it work in others is the utmost gift.